Witte Museum’s “Above and Beyond” air and space exhibit 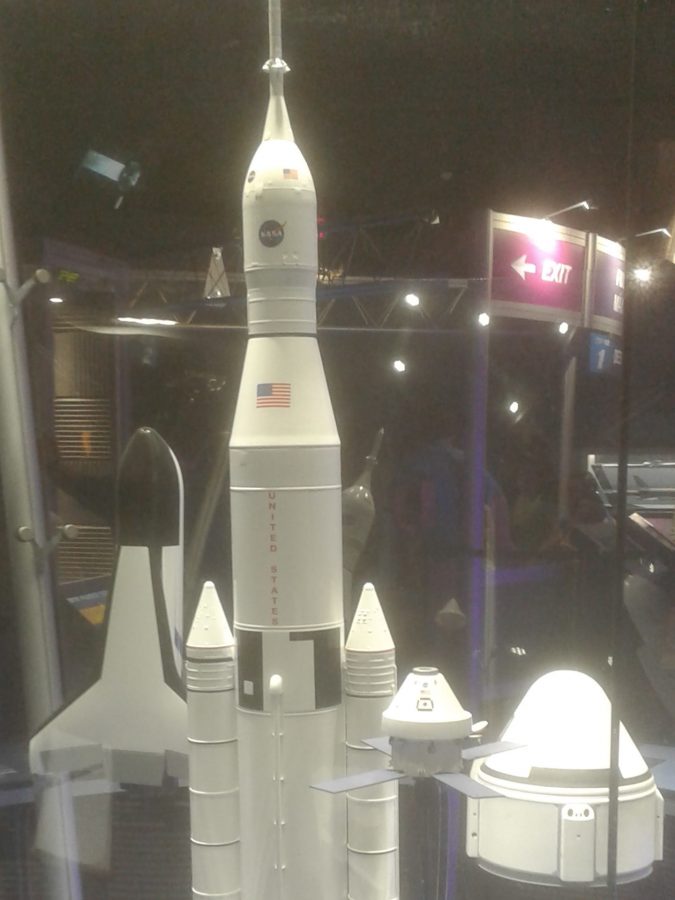 I wanted to begin this article by writing the word “space” in all caps, bold, italic, followed by seventeen exclamation points in order to make you understand how enthusiastic I was about visiting the Witte Museum’s new space exhibit, “Above and Beyond: an Interactive Flight Exhibition” presented by Boeing.

Various touch-screen panels, videos, games and simulations all gave the visitor an interactive experience with aerospace history and science. For example, the first trivia I learned from a touch-screen panel was automatically intriguing: In 1919, William Boeing and Edward Hubble performed the first international airmail flight from Seattle, Washington to Victoria, Canada.

Airmail? I never questioned when that started. What else is there to learn? Another tap on the screen brought up the year 1783, this was when the first air-flight occurred: a gas balloon, the preferred method of flight until the airplane was invented.

That information made me curious as to what’s happening recently with air and space technology. In 2003, the Japan Aerospace Exploration Agency launched an unmanned spacecraft, Hayabusa, and in 2005, it completed its mission by landing on an asteroid and gathering humanity’s first asteroid sample by a robot, then it headed back to and landed safely on Earth in 2010. I had no idea this had occurred, and the new knowledge made me sad because I know the family name Kardashian or the celebrities who are married but not this one astounding fact about our species. This is just one piece of information this exhibit presents to the general public about what new technology and new accomplishments have been done in the field of aerospace.

Adults and children get to explore the science of flight through interactive teaching machines and virtual aircraft design simulations. The concepts of weight, lift, thrust and drag are taught succinctly. I could envision adults being inspired to learn more with these presentations, because I was.

A large virtual flight simulator lets visitors build an aircraft, focusing on the importance of the craft’s body, wing and tail. Visitors get to interact with the craft they built through a simulated flight test.

Models of new aircrafts, drones, robo-flyers, and spacecrafts were everywhere. I saw a model of the Orion spacecraft that is meant to launch humans beyond Earth orbit toward Mars in the 2030s. A model of the Flapping-Wing Unmanned Aerial Vehicle that’s tinier than a hummingbird was on display as well.

These robo-flyers and drones are not just used for warcraft and spycraft. They fly into extreme weather in order to map mega-storms. They search for elusive jungle animals in the dark of night. In the future, they will fly over Mars to help pollinate crops for Martian colonies.

I was startled by the information presented in this exhibi and also by the sheer awesomeness of the trivia and information it held. I recommend visiting. The “Above and Beyond” exhibit at the Witte Museum is open until May 7.