The second coming of our savior: Bill Nye 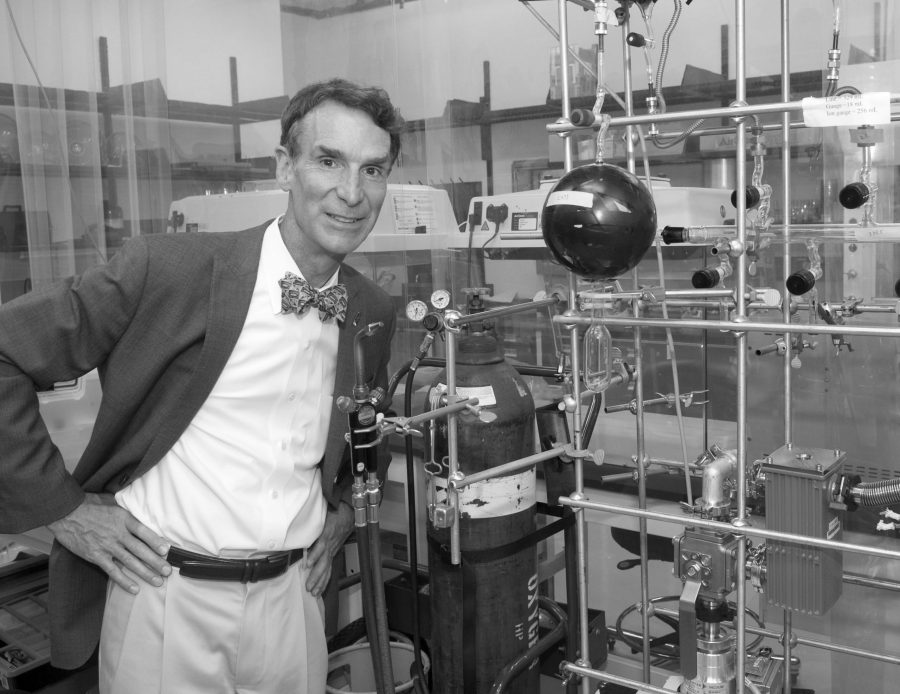 "Bill Saves the World" is tailored for the demographic who enjoyed Bill Nye the Science Guy.

Bill Nye the Science Guy! Uttering those five words will instantly bring flashbacks (and people chanting “Bill! Bill! Bill! Bill!”) for people from generations X, Y and Z of one of the quirkiest, and goofiest ways to inform kids about science (like the fact the “inertia is a property matter” or the fact that “science rules”).

Any child of the 90s will remember the blue lab coat and bowtie often adorned by Nye and the crazy antics such as him running across a desert to demonstrate how atoms work.

Nye is back with a second show, the Netflix Original “Bill Saves the World,” which is tailored to the people who grew up with Bill Nye as their go-to science guy. This time, through the lens of science, Nye discusses controversial issues such as climate change, alternative medicines and human sexuality. Nye’s correspondents include model Karlie Kloss, science YouTuber Derek Muller, professional speaker Emily Calandrelli and comedians Joanna Hausmann and Nazeem Hussein. He also bring in other celebrities, like Steve Aoki and Tim Gunn, to explain complex topics and how science can help us understand how to tackle these issues.

Bill Nye’s style of taking stances on scientific, and sometimes political, issues is something that the world needs more of. We often relegate science to this sector of unbiased field tests and laboratories aiming to find new discoveries. Bill Nye shakes the science community up by using science to take a definitive stance on the issues that affect us every day.

He uses pop culture references to connect with people in ways they understand. He empowers women. He bridges the gaps between pop culture, science and politics. None of this is odd for Nye himself, but it is something that should continue to be implemented by the science community. Changes aren’t going to be made in our perceptions of the world if we do not have a scientific standpoint in this often politicized arena of our culture. We allow our politician to determine our opinion and policies regarding issues such as gender and sexuality, climate change, food production and pharmaceutical regulation. The same politicians who are far from qualified to discuss issues that they themselves do not understand, but instead rely on confirmation bias to create policy.

We should take a lesson from Bill Nye; we need more people discussing science in a way that gets the community involved and allows us to learn about life’s complexities. Nye empowers us, encourages us to engage in the scientific community, makes it something that everyone can understand.

Nye makes science exciting for all. We need more science communicators like Bill Nye, Neil deGrasse Tyson, and Carl Sagan. We need more ways to excite the population about science.

Nye’s personality exists beyond just the television screen. He most recently led a march for science rally in Washington D.C. At the rally he said “science must shape policy, science is universal, science brings out the best in us, with an informed optimistic view of the future we can, dare I say, save the world.”

Hopefully, Bill’s efforts will encourage us all and we can save the world.