Finalist Chosen for UTSA’s Next President 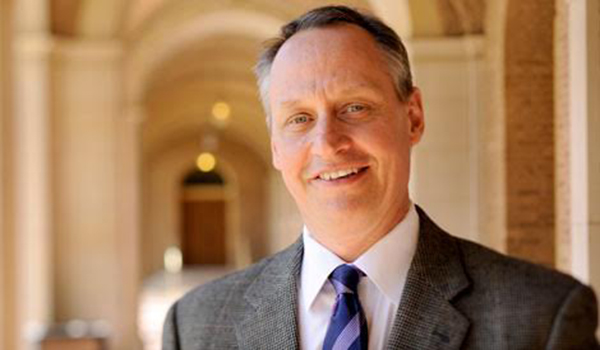 Courtesy of University of Tennessee-Knoxville

Under state law, the announcement for university president finalists must be made 21 days before the final vote.

Eighmy is also a professor of civil and environmental engineering at the University of Tennessee-Knoxville, serves on the U.S. EPA Science Advisory Board and chairs the USEPA Research Budget Workgroup.

Roger Ernest Aliseda, a member of the search advisor committee, said in a UT System press release, “The selection of Taylor Eighmy proves that UT San Antonio is a destination for our nation’s top leaders in higher education.
“Eighmy will be unrelenting in his efforts to increase student success, faculty engagement and the national stature of UTSA. And his leadership style will be an ideal fit for a national leading city like San Antonio.”
In the same press release, regent Sara Martinez Tucker, chair of the Board’s academic affairs committee, said “We are very thankful to all the members of the advisory committee.
“It has been gratifying to watch UT San Antonio’s ascent over the years, and my fellow regents and I believe that Dr. Eighmy is the right person to elevate the premium placed on student success and research prowess.”

Meetings between Eighmy, university and San Antonio communities are planned within the weeks leading to the regents final vote, according to the UT press release.
The search for UTSA’s next president came shortly after former UTSA president Ricardo Romo announced his retirement in September 2016. Romo’s presidency was abruptly ended amid a sexual harassment scandal earlier this year. Dr. Pedro Reyes serves as UTSA’s president ad interim.