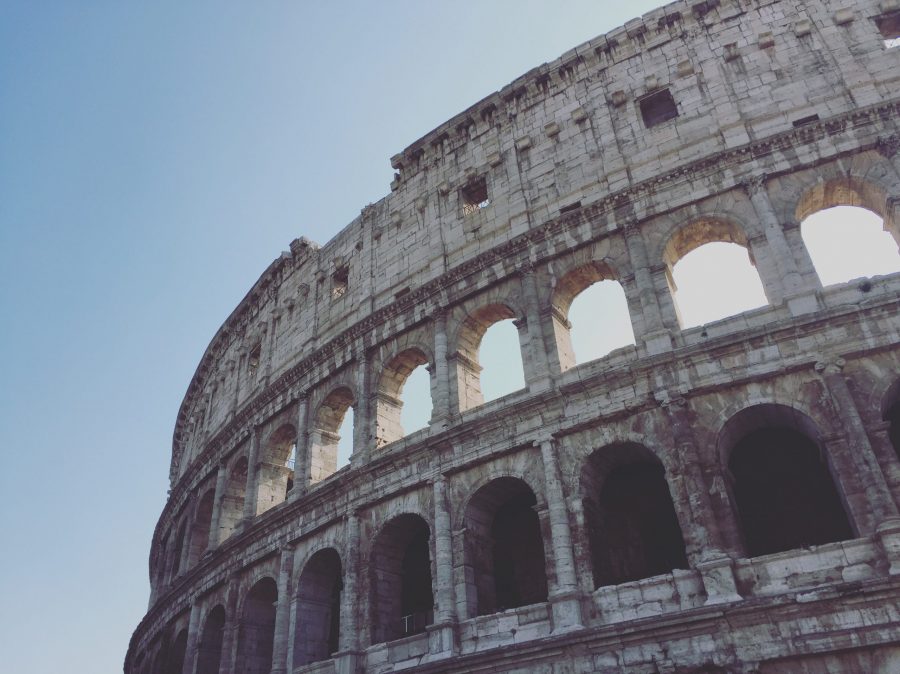 I studied abroad last spring in Italy via the “COLFA in Urbino” program. I returned to the States two months ago and picked up my on-campus job and position at The Paisano where I left them.

I’m in the routine I had before I left, and it’s helped with adjusting to living in America again. I haven’t stopped reminiscing those four months, however.

The memories range from my last day in Italy, to the moment I left class in the middle of a lecture and walked to UTSA’s study abroad office. The memories of my travels are vivid, but the hell I went through to get there is, too. I’m convinced universities’ tack on study abroad programs to their brochures as an afterthought. Before I had any serious interest in a program, I never heard campus tour guides, orientation staff or advisors say anything other than the programs existed, and that “they’re pretty chill,” or some other empty phrase. They weren’t disregarding the opportunity to travel, they just didn’t know what they were talking about.

The presence of study abroad programs is limited to flyers around campus and the annual study abroad fair, which is a damn shame and not the staff of UTSA’s study abroad office’s fault. Misconceptions with studying abroad are at fault, and the real positives and negatives are almost never talked about. So, here’s where the purpose of this article lies.

Though the experiences you’ll have leading up to, and participating in, your studying abroad are unique. The process to get into a program, your responsibilities once you’re in and your life after studying abroad are similar. The following should provide an idea of what’s ahead.

The slightest interest in studying abroad should send you over the edge, or to the study abroad office. UTSA has several first-and third-party programs to choose from, so it’s your call on a country of study. My suggestion is choosing a program that matches your degree plan or academic interests. Or don’t; fill up your electives.

All applications are online, and you should submit them as early as possible: I recommend preparing them a full year in advance of the program’s start date, so you have time to submit personal documents, write application essays and arrange funding. Don’t bother with any program that lasts less than a month; opt for summer, semester or year-long programs. The 10-day “excursions” and minimesters offered during the summer are vacations, with little opportunity to immerse yourself in the host country. They’re cheaper, but not worth the effort.

Don’t worry about the money. Do not let the costs intimidate you. Several UTSA scholarships are guaranteed, if you write a stellar essay (if you haven’t used The Writing Center, now’s the time). If you don’t receive any scholarships, take out loans. If you’ve never taken out loans, let this be the one time you do. Taking out large loans is scary, but tear down the mental wall. Program coordinators, directors and financial advisors will assist you in allocating funds. I avoided loans until my semester abroad, but was helped tremendously by program and financial aid staff. They want you to go just as much as you do.

Once your program fee is paid, your classes are registered and your flights are booked, it feels real. You’ll drift in between excitement and paranoia leading up to your departure, and you’ll do a lot of thinking. The results of this year’s election were heavy on my mind: I did not know what kind of country I’d be returning to, and I worried about my friends and family. Sounds odd now, but those were uncertain times.

Regardless of that unique situation, there’ll be a certain uneasiness. Attribute it to stress, excitement, whatever; it’ll be tense for a while. Realize that there’s nothing to lose. Realistically, you may never have the opportunity to travel again, and you almost certainly won’t get a chance to travel like this: living accommodations, safety,  meals, extended trips, time with American and foreign scholars and the full immersion into a country.

Every day you are being violated with colors, smells and sights; it is overwhelming, but you cannot look away. It’s hard to describe what you feel through travel, but the word ‘liberating’ always comes to mind. Only good can come from studying abroad. The “bad” experiences I had (navigating countries alone; fighting off panhandlers and gypsies; getting ripped off by a Parisian cab driver; obnoxious students in the program; communication barriers and other incidents I won’t write here) gave me an edge, and the confidence came stateside.

Seek counseling when you return to the States. Some people go through reverse-culture shock, returning from extended travel. I spent two weeks in my hometown after returning to the States, thinking the small-town, slower lifestyle would be easier adjusting to than the aneurysm-inducing speed of San Antonio. I could’ve been anywhere in the United States and it wouldn’t have mattered; I was miserable.

I gave up trying to explain my time abroad. They wouldn’t understand unless they were there, and it was easier to limit my response to “I wish I was still there,” when inside I was exploding. I would dream so vividly of Europe that I’d forget I was in the States when I woke up. I miss the friends I made within the program, Italy and France. This is common, but you should still spend time with close friends, or reach out to those who were in the program if you need it. Jetlag should be your number one concern, and if you do need help, please get it.

Your life will never be the same, as cliche as that sounds. I half-heartedly joke that studying abroad made and ruined my life, but it’s true. Any desire to stay in the United States, for work or otherwise, is ruined. I feel like UTSA has given me the best it can offer, which isn’t exactly true, but I can’t help attest that one semester abroad did more for me than my entire time here.

I’m ready to graduate already, even if it’s still a year and a half away. It’s also why I decided to teach abroad immediately after graduation, a career that I didn’t think was realistic. Now, nothing is unrealistic. I feel like I can do anything.

If there is one gripe I have with studying abroad, however, it’s the nearly-impossible standard you apply to living afterwards. Not in a material sense, but an insatiable want for the best graduate schools, careers, travel and knowledge.

After mixing a bohemian and academic lifestyle, an entry-level job with less responsibilities than your first internship holds zero value, and you have every right to think this way. Embrace your experience and new-found awareness.

I cannot thank the study abroad office, program directors, coordinators, faculty and class involved enough for making my travels better than I deserved. They changed my life, and anyone who helps your studying abroad experience has a direct role in the changing of your life, too.