Satire: Hail to the chief 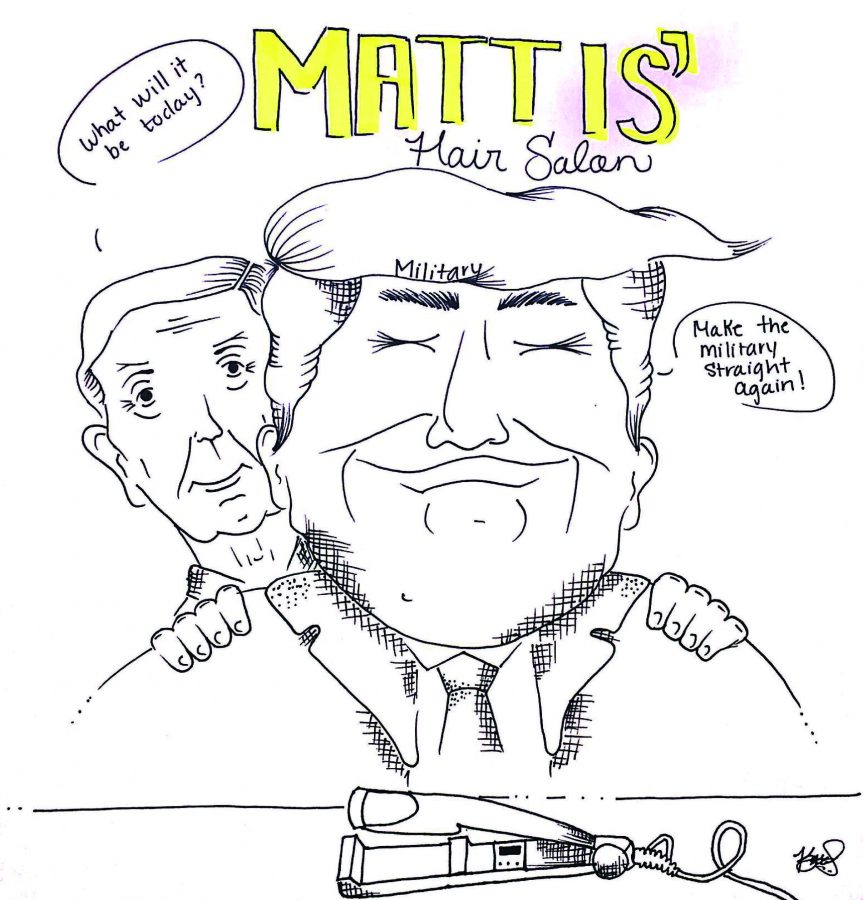 Hail to the chief! Our great leader Donald has checked off one of the most important issues threatening our country today, the LGBT agenda trying to get their kind into our powerful military.

On Aug. 25, Trump issued a presidential memorandum directing Secretary of Defense James Mattis and the acting Secretary of Homeland Security (Elaine Duke) to return to the military’s policy regarding “transgender” troops before June of 2016. The President outlined his concerns stating that these “transgenders” could  “hinder military effectiveness and lethality, disrupt unit cohesion or tax military resources.”

Before the foreign Muslim that infiltrated and manipulated our government for eight years came into power, the Department of Defense and the Department of Homeland Security were able to exercise any action they saw fit when it came to recruiting these confused or even brainwashed individuals. This usually included prohibiting any person(s) identifying as “transgender” from entering our fourth reich.

Anyone found to have infiltrated our congregation were dishonorably discharged from service immediately after having their mental illness discovered.

A recent inquiry by Forbes magazine found that the total cost of fake “transgender” soldiers on our armed forces exceeds $8 million! That’s a little over 0.001 percent of our total military budget of $582 billion. With the money we are using to pay for these soldiers to be able to walk into the other sexes bathroom, we could buy one entire M1A2 SEP battle tank, 8 percent of a F-35 fighter jet or 0.06 percent of a new aircraft carrier.

Personally, I don’t believe we’re doing enough to stop these individuals from draining our resources. The memorandum will not come fully into play until March 23, 2018. Our great leader has given Mattis and Duke until Feb. 21, 2018 to come up with a plan on how to address currently serving “transgender” service “men” and “women.” We need action now in order to secure our military’s effectiveness in the face of this circus show.

Fake news wants you to believe this issue isn’t prevalent in our society. They bribe and blackmail historically trustworthy think tanks such as the RAND Corporation to push out fake statistics like “the readiness impact of transition-related treatment would lead to a loss of less than 0.0015 percent of total available labor-years in the active component.” They attack our president for having purely political motivation when we all know the threat of “transgenders” has been growing for years.

Alt-left liberals such as the ACLU have even began suing our leader for discrimination. To think our General has ever been discriminatory towards any real group of people in America is absurd and completely unwarranted.

It is our duty to follow the leader we have chosen for us into the depths of hell and back without question. Those who disobey or fight the leader of our government are traitors to our society.

I put full faith in Mr. Trump and expect him to make the right decisions for our country.