Your insults could be their end 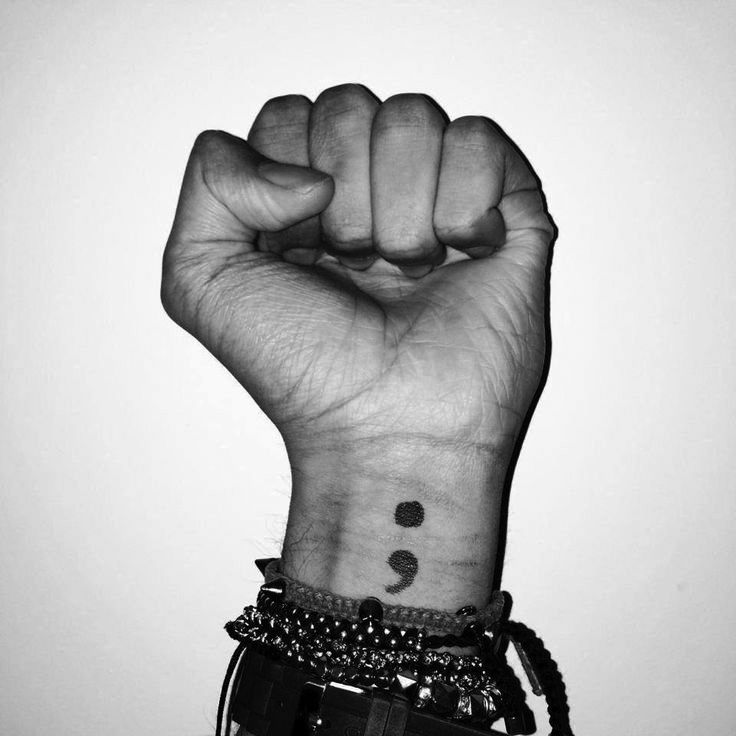 Project Semicolon is a nonprofit that a has a focus on anti-suicide initiatives. Photo courtesy of Creative Commons

Sticks and stones may break my bones, but words will never hurt me. But they do. Words have a way of cutting so deep that one could argue verbal insults heal much slower than a physical blow. Imagine this, you’re completely numb. The sun is shining bright and warm today, but you can’t even feel it. You’re in a cold, desolate place, and someone else’s razor-blade words put you there. What now? Tears aren’t an option because you have none left. You conclude the only way out is by your own hand because you just want it all to end. This pain is what the month of September aims to bring awareness to; the prevention of this deep and dark vortex of feeling that often results in suicide. September is Suicide Awareness Month.

Suicide is not an easy thing to read or even begin to talk about. But shouldn’t we? Why is it easy to use our words to communicate insults but never to talk about the result of those insults? According to the American Foundation for Suicide Prevention (AFSP), suicide is the tenth leading cause of death in America. The AFSP reports that each year over 44,000 people die by suicide.

Let that sink in.

What do you see? A seemingly happy society, right? Wrong. More than likely, at least one person in your social circle is contemplating suicide at this very moment.

Emory University reports that one in ten college students have made plans to commit suicide. The Jason Foundation, a youth suicide prevention and awareness organization, states that four out of five teens who attempt suicide give clear warning signs. Someone in the very space you’re in could be showing signs through simple mannerisms.

I suppose what I’m trying to say is spread love, not hate. Smile at the man across from you on the bus who has a frown on his face. Before you cuss out an employee for putting onions on your burger when you asked them not to, evaluate the situation because your insults could be the end of their rope. Instead, imagine if you could be the very reason that someone chooses to hang on.

So, to the vibrant and colorful girl that I sat next to in debate class during my freshman year of high school–the one that painted a smile on her face despite the demons she faced, that made me laugh even though she didn’t want to laugh herself, the one that broadened my knowledge of this widespread issue that people find inconvenient and uncomfortable to talk about you brightened my life with your sweet laugh. You taught me to smile at strangers who looked like they might need one. And most of all, you graced this earth with your infectious presence, just like the others lost in your wake. This one’s for you.