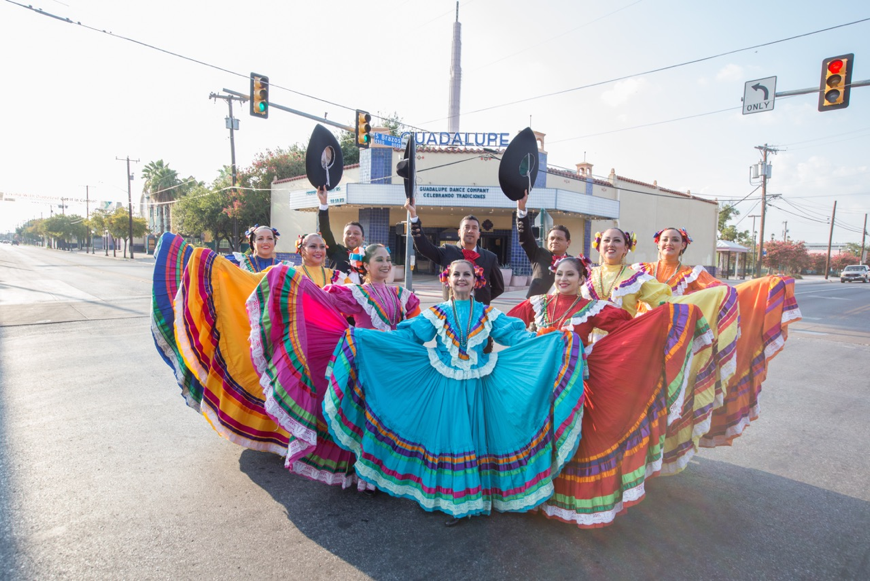 Since the late 1960s, the US government has recognized this by enacting Hispanic Heritage Week in 1968 and later expanding it to Hispanic Heritage Month in 1988 to commemorate the struggle of Latin Americans’ independence, culture and history from Sept. 15 to Oct. 15.

Fast forward to 2017, and you’ll find that hispanics and latinxs are the largest ethnic group in the United States. San Antonio is 63.8 percent hispanic and/or latinx and our city reflects that pride.

For UTSA, a hispanic serving institution, September is a culturally important month as 51 percent of our student population identifies as “hispanic,” the ethnonym subscribed to by UTSA to describe the hispanic and latinx population.

UTSA itself is “an outstanding example of a Hispanic Serving Institution,” as stated by President Eighmy.

The roots of Latin American culture run deep and wide throughout our city from our campus, to the missions and to the people.

All over San Antonio, celebrations and fiestas abound.

On campus starting this week, students will be able to access Latin American culture in several ways.

The Recreation Wellness Center will be teaching how to make the perfect picadillo empanadas, a classic Latin American comfort food on Sept. 21.

The University Center will also host their sixth Cultural Afromestizaje symposium on Oct. 12 discussing black and brown histories within beat-making and DJ culture.

A full list of UTSA Hispanic Heritage Month events is available on UTSA.edu.

Beyond the campus walls, San Antonio is also in puro pachanga mode (“party” for those with language barriers).

The Guadalupe Dance Company will be hosting traditional Mexican Folklorico and Flamenco dance performances at the Guadalupe Theater on Sept. 30 and Oct. 1 for their annual “Celebrando Tradiciones” event.

This indigenous immersive event will take place at the Martinez Street Women’s Center on Saturday, Sept. 23.

Hispanic Heritage Month has just begun. Regardless of identifying title (which is a topic of contention), take time these next few weeks to practice cultural efficacy and enjoy the latinx, afro-latinx, asian-latinx, indigenous latinxs and hispanic influence all around our city.