Intramural and club sports are set to begin on campus 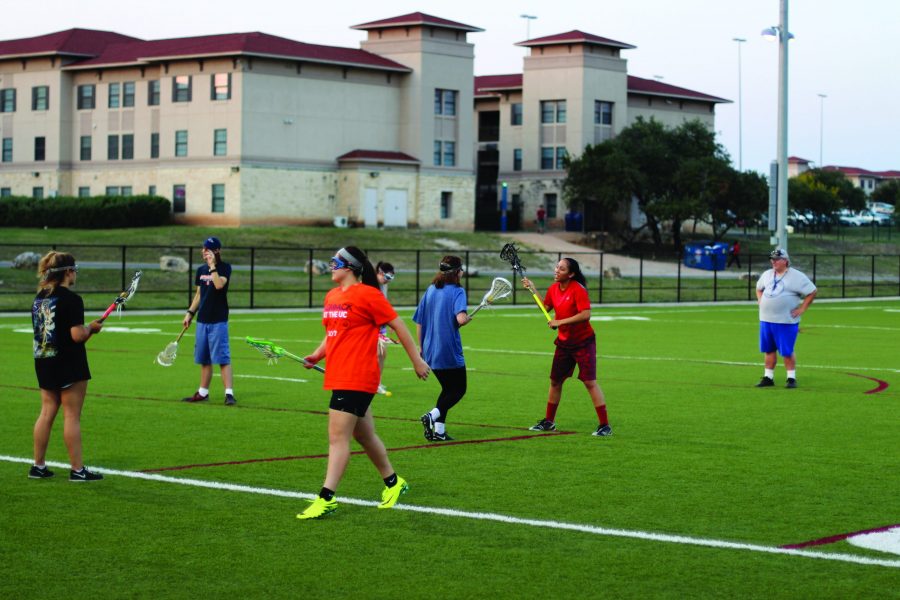 The lacrosse team enjoys a nice evening of practice on the UTSA campus recreation fields. Josh Levario, The Paisano

While the first semester of the 2017-2018 school year is already in full swing, clubs are just beginning tryouts and intramurals are establishing practice schedules. Every student athlete, returning and new, is ready to start playing the recreational sports that await them.

UTSA offers a vast variety of both club and intramural sports for students to take part. Now the difference between club and intramural: club teams travel and play teams from other colleges, while intramural teams stay within the school’s grounds and pin Roadrunners against other Roadrunners to produce some friendly competition. So, whether you’re a former high school baseball player or like the board game Battleship, there are opportunities for both fun and competition.

During Monday and Wednesday nights on one of the Rec fields, students can be found running drills, yelling out commands and consistently keeping at least one frisbee in the air throughout their practice. This feat is accomplished by the ultimate frisbee club who is looking to exceed expectations this coming season.

UTSA’s ultimate frisbee club competes in the South Texas D-1 conference along with Texas A&M and the school rival Texas State. Along with in-conference opponents, the club last year played some out of state competition, colleges such as Arkansas, Mississippi State and Colorado State. Along with playing those teams, the club witnessed some of the best teams play such as Harvard and Minnesota.

Everyone in the club is ready to put in the work and seek improvement in every facet of their game, from the physical side of the game to the companionship that is produced because of it. The team has yet to ever make it to regionals, and they look to achieve that this season.

On the same Monday and Wednesday nights, one of the other the Rec fields is occupied by club baseball. Club baseball practices on their fielding technique, goes to local batting cages to practice, and then plays at a city field or one of the local high schools’ fields.

Despite the differing practicing and playing locations, “everybody wants to be there” second year club president Nick Zamora said.

“A lot of new guys and a lot of returners too,” Zamora concludes, allowing the team to benefit from a full roster. With both those facts in mind, the team will be ready for the 15 games they will compete in this fall.

An aspect of some of the college club baseball teams across the nation is that the colleges D-1 team uses the club as a training ground for those players who did not make the roster. Zamora describes club baseball as the “minor leagues of college,” UTSA Club Baseball alone had two players transfer to D-1 colleges. Proving his point, the team of course would like to transfer everyone, but the more immediate goal for the season is to win the Gulf Coast South conference and to head to the Club Baseball World Series.