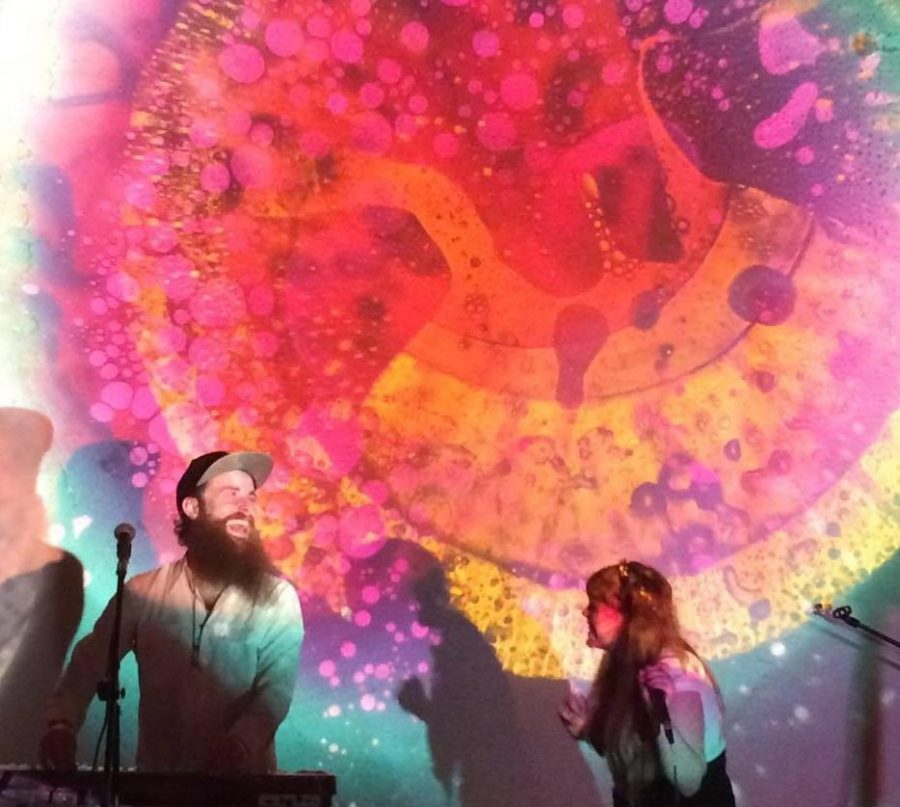 Rhizomorph Productions return with second installation of the interactive Liquid Sunshine Experience.
On Sept. 29, lights, liquids and local music will wash over Brick at Blue Star, and you are the star.

The annual event allows audience members to interact with the music by mixing colorful oils on overhead projectors, referred to as liquid light stations, to create mesmerizing backgrounds while the bands perform.

The walls and lights will blend with a multi-genre lineup of musicians, turning Brick into a daydream on acid–no acid required.

Francesco urged Applebaum to combine projectors with music to create a full hypnotic effect to his own band; upon implementing the visual aspect to his own musical project, Verisimilitude, the reception was overwhelming.

Shortly after Francesco’s passing, the boxes that held his old projectors gathered dust until his widow donated them to Applebaum.

Since then, Appelbaum believes it is “out of necessity for (his) own band” that they experiment when it comes to their visuals.

He wants the concert and overall experience to be inclusive and a “next level connection with the band.”

Ultimately, he wants to spread awareness of the entrancing liquid light creations that can make such a difference during a concert.

While not “wildly different,” from 2016’s event (according to Appelbaum), one big change for this year’s event is the introduction of “practice projectors.”

These projectors will be for the inexperienced projector participants who don’t feel as confident to project their art while the band is performing.

The audience can practice as much as needed until they feel comfortable enough to project the background over the band on stage.

Tickets are $6 when you buy three or more, $8 for single advance tickets or $10 at the door.

Immerse yourself in this live music lava lamp in our city’s booming Blue Star Arts District and expect great things to come from the Liquid Sunshine Experience Vol. III in 2018.