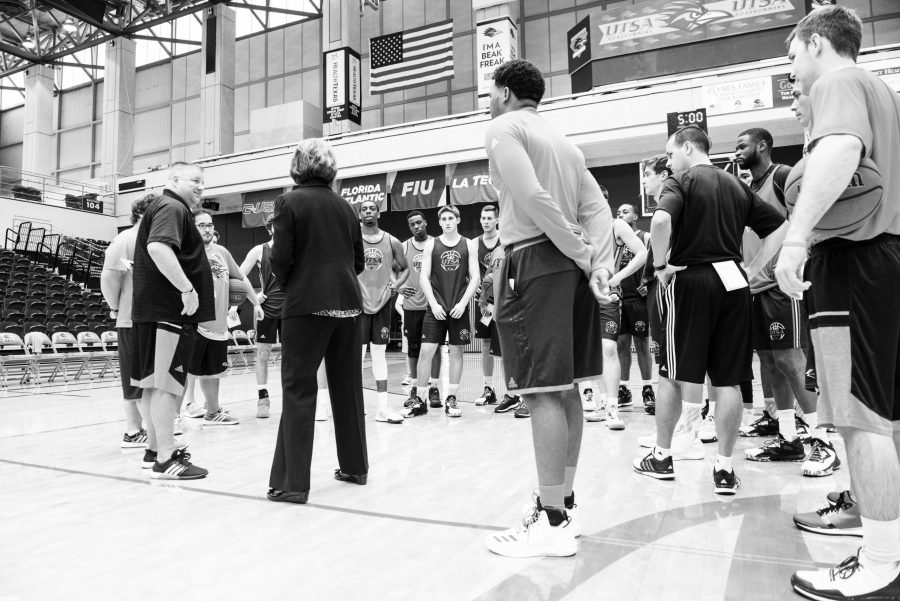 “They will need somebody with seven years of experience in running athletic organizations and being involved with the NCAA,” said Gonzales. “We need somebody who has experience at a pretty high and complex level. With this experience, they will take us to the next level.”

UTSA is taking a huge step with its football program, formerly the number two overall defense in the nation. UTSA President Taylor Eighmy recently outlined his vision for the university, and it includes a number of areas in which he believes the university should strive for excellence. One area, specifically, is the athletics program at the university, and Gonzales believes we need to keep using our momentum.

“Athletic programs bring visibility. When UTSA did not have football and other high profile activities, the university would raise maybe $10 million a year,” said Gonzales. “When football was introduced, that number raised to about $28 million a year for the university.”

The search for the new athletics director is generally a difficult process, but the committee hopes to fill the position by the end of December. The committee visited campus this past week and first spoke with the president’s senior leadership team. After meeting with the president’s team, the search committee visited with various students and faculty who serve on the Intercollegiate Athletics Council. These meetings are designed to give the committee a better vision of what type of expert UTSA needs to fill the position.

Currently, the committee is advertising the position across the nation and collecting applications. After reviewing the candidates, the search firm will then do an initial screening of applicants to determine a shortlist of priority candidates. Another round of interviews will be held by the search committee from which they will determine a synopsis of each candidate and a summary of their strengths and weaknesses.

“A search firm’s job is to know the country pretty well. They know who is looking and who is leaving various places,” said Gonzales. “We contact a search firm because they will build an applicant pool and talk to organizations coaches belong to. We want to have a good response in terms of applicants.”

Gonzales, the chair of the search committee, described the perfect candidate as someone who could really promote what the athletics program is doing. This semester, UTSA has reached many great heights in its athletics. In September, the volleyball team reached a record attendance of 2,711 people, and the UTSA football team was recently ranked number 46 in the country, the first time in school history to have a higher ranking than UT Austin.

Gonzales recognized UTSA as a young program but assured students and faculty he would be involved in the transition process. “I am looking to help out during this transition period between Lynn Hickey’s resignation and whenever a new athletics director is hired,” Gonzales said. “I want to make sure we don’t miss any steps, that we keep the ball rolling.”