Odd sports around the world that actually exist 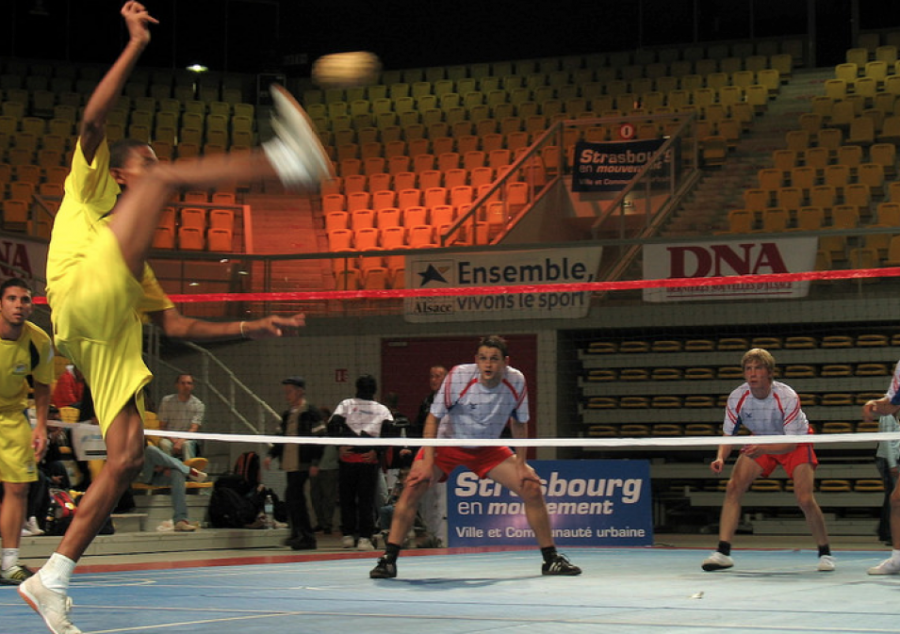 Yes, it is exactly what it sounds like. It is a sport in which men compete in a race, while carrying their wife on their shoulders. The sport originated in Finland in 1992 and first came to America in 1999. The rules are rather lenient, the teammates are not required to be legally married, nor are helmets required to be worn and the only special equipment allowed by the carrier is a belt.

Contestants must race on a 278-yard track, which is typically on uneven ground. Also, there is a level change in the track to make it more difficult for the competitors. From there, the competitors race two at a time in timed initial heats where the fastest teams qualify for a final heat. If at any point the wife is dropped, the team is penalized by adding an additional five seconds to their time. And if they do not complete the entire race with the wife being carried they are disqualified. There is no set way in which one must carry their wife, with the Estonian Carry (the wife hangs upside-down with her legs around the husband’s shoulders holding onto his waist) being the most popular amongst them. The prize for winning this race is the wife’s weight in beer and five times her weight in cash.

Yes, this is an actual sport. It takes the common household chore of ironing and combinies it with a rush of adrenaline. Extreme ironing originated in Leicester, England in 1997. It is a rather simple sport; as you iron your clothes while completing extreme tasks such as rock climbing. Some of the more extreme activities are bungee diving or sky-diving while getting a satisfying press on your shirt. As of right now, there is no official event for the sport. Much of the debate surrounding extreme ironing is whether or not it is indeed a sport. Nonetheless, there is no doubt extreme ironing satisfies the adrenaline junkies with the desire for pressed clothes.

Sepak Takraw is similar to volleyball, except you use every part of your body to get the ball over the net except your arms. It is a sport native to Southeast Asia and is believed to have been played as early as the 15th century. The sport was first played in the United States by a group of Northrop students in 1986. A match is played between two teams of three on a court of 44 by 20 feet. To win a match, a team must win two out of three sets with each set being played up to 21 points.

One of the most popular games from elementary school field days is an actual sport as well. In fact, there is a World Egg Throwing Federation. Much like the elementary version, teams are comprised of two people with the winners being the team that can both catch and throw an egg the longest distance. Team members start off at a distance of ten meters or roughly 33 feet apart.

From there, they alternate throwing and catching the egg. Successful teams are able to move onto the next round. If no teams are able to complete a successful toss and catch during their first attempt, the competition then moves into a knock-out stage until a team, or teams, succeed. The team that throws and catches the egg at the longest distance is deemed the winner.

So if you’re not as skilled as those who are star football or basketball athletes, there may still be a sport for you. While weird sports such as Sepak Takraw do require athletic ability, others such as egg tossing are not as athletically challenging. These sports, along with various others across the globe, present those who are not as athletically inclined a chance to shine in the sports world.