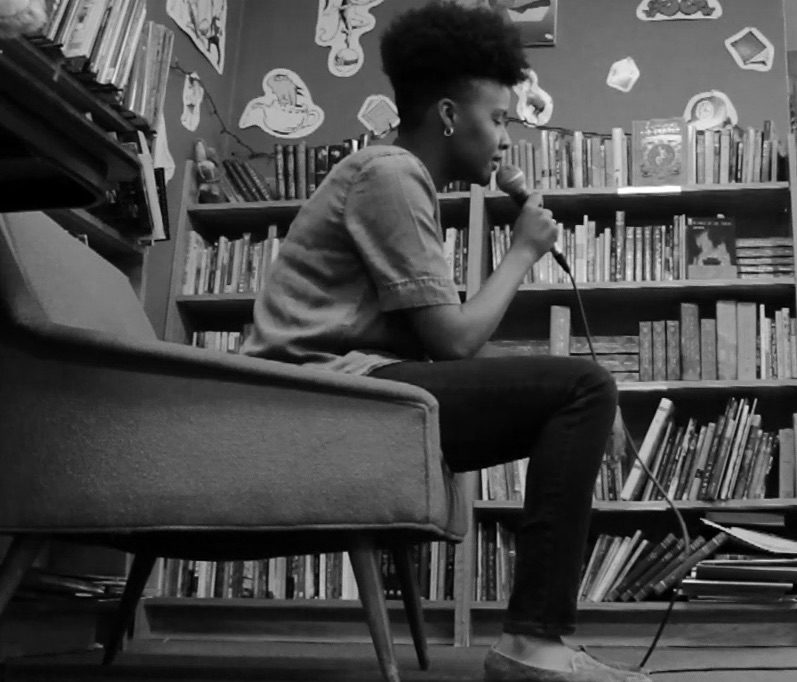 Imagine Books and Records celebrate its 6th anniversary with books and bands this weekend.

Ezra Hurd, son of Don Hurd, the owner of the cozy bookstore, gave some insight of the inspiration behind the event and what the store stands for.

The family operated business has their own style in every unique way possible. When asked what music is played throughout the store, Hurd responded that he personally likes, “R&B (and) soul.” Lately, he has been playing the Four Tops or the Soul Train album.

Then there is his brother who prefers, to play indie music, his mom loves to jam out to the classic ‘70s rock, and his dad incorporates different genres to play throughout the store while customers come in to shop, listen, and hang out.

Employee are welcome to play “all of (their) punk music” in the store. It is an eclectic mix of records like The Band next to Morbosidad.

Hurd emphasized how his family loves to bring in diversity through their music all the way to their books and records.

Back in the ‘80s, Ezra’s dad and his local band constantly needed more places to perform at.

Imagine Books and Records was Don Hurd’s place that “musicians could count on” to have their shows at. Imagine wants to be a store where bands can rely on whenever they want to perform.

He said, “Shortly after (they)opened the store, [they] started to host events.” From the start, they began as small shows, however within the two years of the shop being open, there were shows every Friday and Saturday.

It’s an awesome place for local bands to get their music heard and for the youth of San Antonio to chill and bond over music.

As for the future of Imagine Books and Records, Hurd is consistently looking to improve and has big goals in mind. He talked about the ideas of “(opening) a second location.” For the first store, he wants to expand to make a proper stage for the bands.

With diversity always on the mind, Hurd desires more variety from the artists looking to perform at the store. Overall, the family is constantly thinking of their audience and what they would like to see and hear.

The numerous bands performing at the Bash are bands the Hurd family wishes to highlight.

The lineup is a “well-rounded variety of local music” including one out-of-town band, performing on Friday, named, “Rock Bottom String.”

They are a “six-piece Bluegrass band,” so certainly do not just expect one genre from Imagine’s Bash.

They have a lot in store this upcoming weekend, and it’s not just the free coffee offered to the customers either.

Tickets are $7 and if you aren’t available on Friday 7 p.m., check out the  performances Saturday at 7 p.m. for the same price.

Imagine is close to campus; you won’t want to miss this event that offers a chill night out with friends!