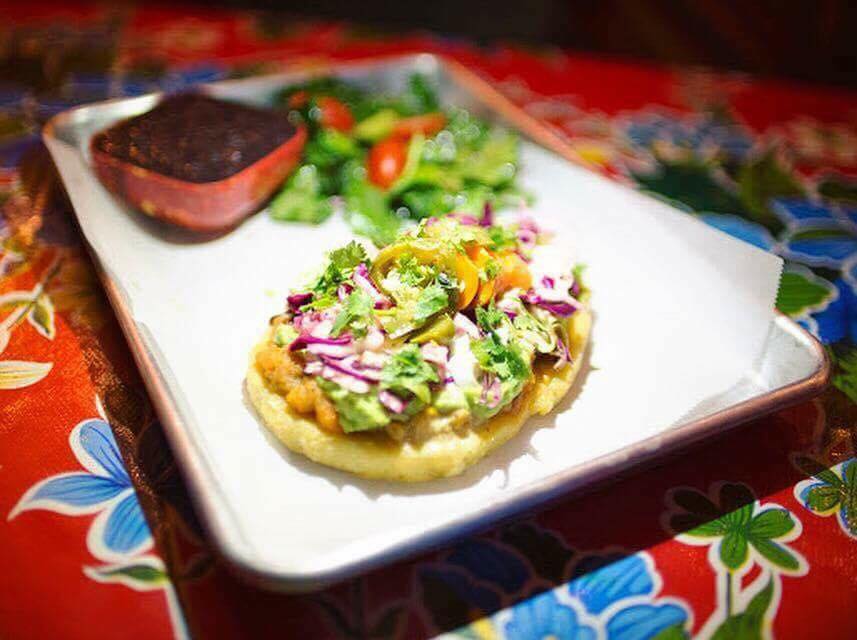 November is known as the hairy no-shave november, national diabetes month and more recently National Native American Heritage month according to President Donald Trump. Lesser known is the fact that November is also national vegan month. For the plant-based population in San Antonio, finding nutritious herbivorous meals can be a difficult task in our city filled with manteca, milk, meat and cheese.

“It’s a little difficult. The kind of food and kitchens that are more accessible to lower income people is meat based. It’s really hard when you want to go out in San Antonio to eat vegan.

“It is getting a little easier with a few more options, but I think a lot of people have misconceptions on what it means to be vegan,” says Ale Tierra, Owner of Mama Tierra’s Vegan Pop-up and Chef/Partner at Viva Vegeria.

So while it can be difficult to maintain a plant-based diet in town, San Antonio’s few vegan spots are delicious and focus on the Mexican heritage that is so ingrained to our city’s culture.

¡Viva Vegeria! located at 1422 Nogalitos St. pays homage to the south Texas combo of Texas and Mexico. Combining plant-based ingredients with Tex-mex cuisine, ¡Viva Vegeria! Has a menu that favors not only the regional tex-mex taste bud, but also the gluten-free diet. The protein rich Luchador Nachos, Classic Nachos vand Mushroom Chicharron Street Tacos should be reason enough to get you through the door, and the quaint papel picado and prayer candle adorned decor enough to make you feel at home.Top it all off with homemade vegan cupcakes.

A 15 minute bike ride north leads to Señor Veggie located in Lavaca neighborhood, one of San Antonio’s oldest neighborhoods. Here you’ll find a locally sourced, organic menu in the bright yellow colored building. If you make it here after a day near the Riverwalk or Hemisfair Park must tries are the eggplant tortas, the wheat protein carne asada wrap, jackfruit  and you guessed it…the nachos. Visit them Monday Tuesday through Saturday at 620 S Presa St.

Whether you dine in or pass through the drive-through window some must haves are the  spicy chik-n sandwich, the double earth burger and coconut soft serve.

If it’s a little later in the evening consider heading to the St. Mary’s strip for the gin and mint Pepino Blanco or the smokey Mezcalarita at La Botanica. The turquoise building is home to the Ceviche Huehuecoyotl made of oyster mushrooms and hearts of palm; make sure to order the black bean empanadas. Located at 2911 N St. Mary’s St. come early for the food stay late for the drinks.

For those considering converting to a plant based diet Tierra says, “People are too hard on themselves. It’s really difficult to change a diet you’ve had your entire life, but for me what worked was removing things one by one. One thing at at time. That’s a lot better than everything all at once.”

Tierra runs the Mama Tierra Pop-up that shows up somewhere in town once a month.

The recipes are authentically Mexican handed down from Tierra’s mother, grandmother and ex-mother in law. Follow her online @mama__tierra on Instagram and facebook.com/MamaTierra15 to keep up with the herbivorous pop-up.

Try something new, something organic and wholesome this November.