The process before nightmare 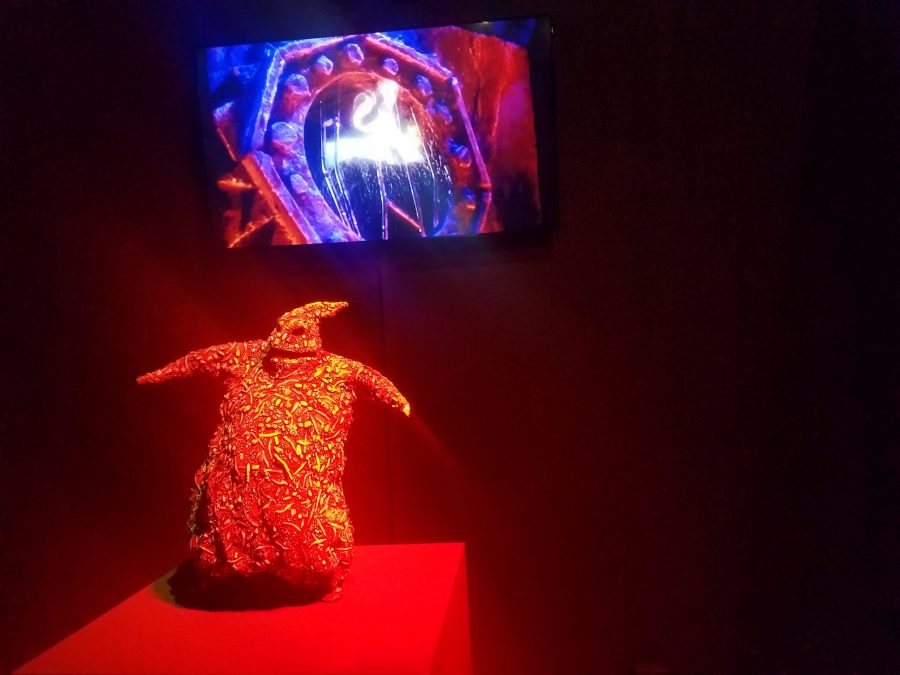 With Halloween passing, the time for parties and candy are gone, butsome may still be feeling festive–the McNay Museum of Art is feeling it too.

The McNay is hosting a Behind the Screen exhibit dedicated to Tim Burton’s The Nightmare Before Christmas.

The exhibit opened Sept. 28 and will remain at the museum until Dec. 31, allowing plenty of time to indulge in Tim Burton’s unique take on holiday spirit.

Tim Burton is an artist and film director who has created movies such as “Batman,” “Edward Scissorhands” and claymation movie “The Nightmare Before Christmas.”

The McNay is showcasing some of the original props and stages from the movie we all know and love. The pieces are displayed in cases or out in the open, all of which have the scenes they were used in playing on a screen behind the displays.

The characters and sets are in a darkened room almost close enough to touch.

Curator Jody Blake, who oversees and sets up the displays showcased at the museum, described the art and setup of the event.

The film “The Nightmare Before Christmas” took three years to make as “all characters and sets were hand crafted and painted,” said Jody Blake.

Each piece the animators worked on underwent careful consideration of how each piece would move and react. Each scene took weeks and hundreds of pictures to make.

The artists worked with pieces such as Jack Skellington, which is featured at the McNay.

Burton utilized 50 different heads to capture Jack Skellingtons’ facial expressions. The exhibit is organized in a way that allows for a close-up view on the detail in the pieces.

Details such as Jack’s hand-painted suit or his tiny bowtie can be viewed clearly.

Not only that, but impressive pieces like Oogie Boogie’s bug covered body are available for McNay visitors to see.

When looking closely, “Oogie Boogie’s wiggle worms and remnant wires can be seen attached to his body,” said Blake. The bugs were an epic reveal of Oogie Boogie’s true identity.

The McNay boasts many other popular pieces and scenes from the movie, including Jack’s Tower and the Three One-Armed Bandits.

This elaborate  display will be showcased until Dec. 31 and after visiting, it will tempt the public to rewatch the movie, which is available on Netflix.

Visiting the McNay to view Tim Burton’s The Nightmare Before Christmas exhibit will bring a refreshing blast from the past, and other pieces can be found with a little exploring.