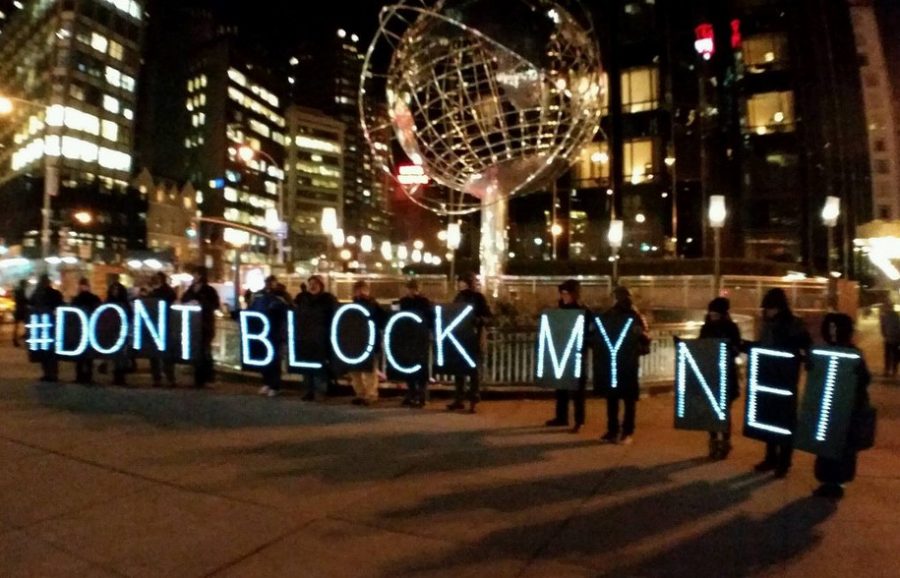 FCC expected to announce the fate of net neutrality

On Nov. 22, the Federal Communications Commission (FCC) is expected to announce whether to continue with a vote that would repeal net neutrality.

Net neutrality is the principle that all internet traffic should be treated equally. Under these rules, internet service providers (ISPs) cannot, for example, allow faster access to certain websites over others or charge customers extra for accessing specific streaming platforms. The repeal of net neutrality would allow ISPs multiple channels to charge their customers more money for accessing certain content.

Before 2015, no clear legal restrictions against practices suppressing net neutrality existed. In 2014, President Barack Obama supported the FCC reclassifying broadband internet service as a common carrier under title II of the Communications Act of 1934, disallowing any discrimination towards internet users and enforcing net neutrality. The FCC adopted these rules on June 12, 2015. However, FCC Chairman Ajit Pai has proposed to end these rules, effectively rolling back net neutrality protections.

“If net neutrality is abolished, this is not good for Americans,” says Chelsea Hicks, a graduate student and professor of cybersecurity and information systems. Hicks describes the far-reaching implications of repealing net neutrality. “There is more to lose than simply dealing with websites being throttled or protocols being blocked. Without title II’s carrier regulations for ISPs, ISPs no longer have to disclose any hidden fees or data caps, monopolies could be created… and it would no longer be illegal for ISPs to make any unjust or unreasonable discrimination in rates, practices or offering services.”

In April, President Trump signed a bill that effectively allows ISPs to sell data such as web browsing history, without the user’s consent, to third parties. Before, this was protected under title II of the Communications Act of 1934. The repeal of net neutrality would result in the removal of some of these protections.