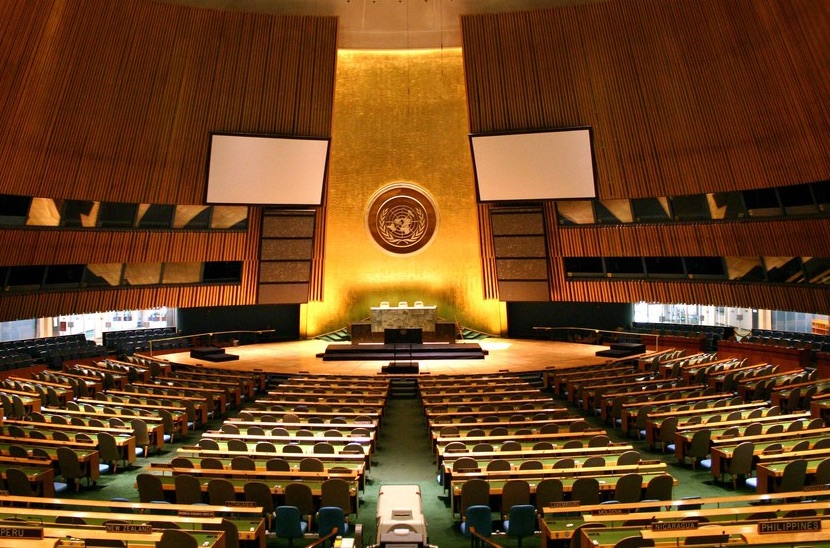 In 1945, the UN was established. Photo Courtesy of Creative Commons

The conference lasted three days and featured UTSA students playing the role of delegates to the United Nations on behalf of one of the 193 United Nations countries.

According to Jerry Sharp III, senior multidisciplinary studies major, focusing in public administration, environmental science, and global affairs, also the Model UN society under secretary of logistics, and the head of conference staff:

“The conference is our superbowl—essentially—but in the spring semester we typically try to host round table discussions or panel events, specifically discussing topics that are discussed in the U.N. Conference. This past spring we hosted an event specific to climate change and how it affects the world and global governance.”

Dr. Mattias Hofferberth, assistant professor of international relations and global governance for the department of political science, geography, and global affairs, also the faculty advisor to the Model United Nations Society and explained that this year the conference is focusing on three main topics including climate change, gender equality and migration.

Each of the broad topics is covered in depth by students playing the role of delegates in one of three Model United Nations organs: The Security Council, the Human Rights Council and the Council for Economic and Social Development.

In their role as delegates to the Model United Nations, students participate in the drafting of policy resolutions which aim to resolve issues in the three problem areas.

Craig Elstak, senior global affairs major and this year’s representative from the Kingdom of Saudi Arabia explained that

Saudi is facing trouble on several different fronts. Currently, the Kingdom of Saudi Arabia is facing a refugee crisis, and Saudi is now playing host to over 2.5 million refugees from Syria. Elstak explained that Syrian refugees are fleeing the country as victims of war caused by the terrorist Islamic State who is attempting to establish a new caliphate in the region.

Elstak also explained that Saudi Arabia houses each of the 2.5 million refugees in apartments, offers the young free education, the elderly social security benefits and provides pathways to citizenship.

“Currently we do grow enough food to feed everyone on the globe we just don’t effectively distribute that food. There is over 800 million starving people in the world and that is unacceptable.”

Benjamin Fields, senior global affairs major and the Model UNHCR delegate from the sovereign state of Switzerland said that:

The Model United Nations Society organizers have reached out to representatives from other San Antonio area universities such as University of the Incarnate Word this year in the hopes of growing society membership and participation in the academic community. Students are encouraged to contact The Model UN at [email protected] to learn about different opportunities the organization offers.