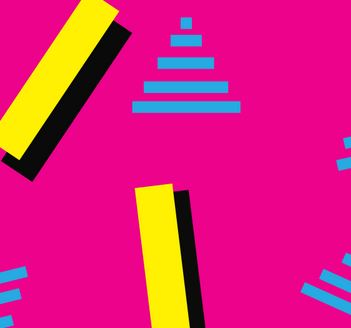 There is a common misconception floating around as the ‘90s begin to make a comeback into everyday life. Children born in the ‘90s are not ‘90s children. Those who were born in the latter half of the ‘80s and early ‘90s hold the right to the title “’90s kid.” Children born 1995 or later are children of the 2000s. So why do people think if they are born in the ‘90s they are ‘90s kids? People often “remember” the ‘90s as the good ol’ days, but the truth is, those years were just as crummy as the current time we live in.

Plagued by war, drugs and reality TV, the ‘90s was not as glamorous as people now make it seem. The ‘90s was the last decade to focus on real counterculture before the 2000s shift to focus on cyber culture. People wanted to break away from the conventional norms and become their own individual, but this was the last generation to want to do so. People were fighting for the right to be themselves. Grunge, hip-hop, even reality television were helping people find who they wanted to be, even if being who they wanted went against the norms set by society. Teenagers were rebelling against their parents, people were beginning to rebel against the government more forcefully and life was about to be taken over by technology.

Though technology has done wonders, it has also harmed new generations. Protected rooms once housed the country’s computers, but after the ‘90s, those computers began to show up in everyday life and now refuse to people’sleave. Those born in the ‘90s are the last generation to see what life was like before technology began its take over. The newest generations will continue to become dependent on technology. But where does the addiction end?

The ‘90s is too romanticized, perhaps because it was the last generation of counterculture. Now, this generation’s job is to mimic those times deemed great by others who forget how terrible the ‘90s were.

As much as this generation thinks we are children of the ‘90s, we are not. As someone born in 1995, I have very little memories from the ‘90s. My notions of the era were created by re-runs of cartoons that debuted in the ‘90s.

However, challenges from the ‘90s have not disappeared. We are still at war on many fronts; we are still a racially divided country; we still
have politicians in office who are skewing and screwing
the country. The ‘90s were not that different from this decade.

The ‘90s was the last decade for counterculture and the associated lifestyles. Now, we have shifted to a constantly evolving cyberculture.

Cyberculture continues mass globalization and has made online commerce a major part of the economy. Because this generation is so immersed in technology, it has become unnecessary to interact face
to face. Books are no longer carried, but downloaded. Movies and television can be accessed at a moment’s notice.

Technology advances, people grow older, but the struggles of each decade remain. We romanticize the past, giving people a false sense of security. Maybe the next decade’s romanticizing will work, but it doesn’t seem likely.