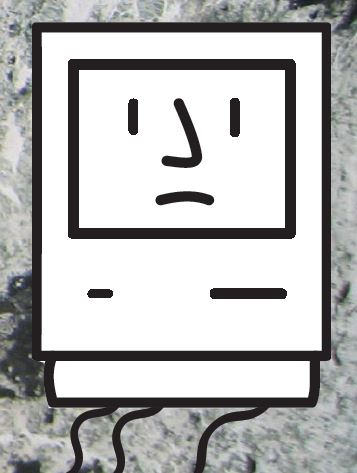 As the concrete bound rebar of the Berlin Wall fell to Earth in 1989, the Cold War’s imminent threat of nuclear apocalypse faded into the final decade of the 20th century.

The ‘90s in America were a time unburdened by technology.

For posterity, the Internet had been debuted as a service in 1991 and was still in its most primitive and glitch stages.

Our president was caught in the middle of a highly publicized affair.

Essentially caught in a transient existential crisis with no pivotal moments, Americans grew disillusioned and were swallowed by consumer culture.

With the Iron Curtain pulled away, the focus of media grew away from broad international coverage and more towards domestic coverage.

Similarly, the arts of the ‘90s moved away from lofty post-modern ideals to a vivid portrayal of what it meant to be ordinary in an ordinary world.

The art of the ‘80s had left many artists feeling sold out, as art had become one of the most important symbolic commodities of late capitalism.

Art had been in bed with big business and artists had been fed up with the rigidity so deeply entrenched by the corporatized work of household name artists such as Jeff Koons or Keith Haring for ten years.

In reaction, communities grew in resistance to the ‘80s just as the modernist movement rejected the values of realism in Montparnasse during the 1920s and 1930s.

Art communities in the ‘90s popped up where it was affordable to live.

Something about the ‘90s had the strange effect of drawing creative minds from all over to various neighborhoods in what are now large metropolises.

In San Francisco, art grew alongside the LGBTQ community in the foggy and hilly bay town.

“It was not cool to have money or promote money or talk about money even, everyone was kind reflecting of what they were seeing in the streets,” recounted Mission artist Cliff Hengst in an online video published by KQED Arts.

“AIDs was also part of it. There were a lot of artists that I knew that were either sick or dying, and that was kind of a big part of it; in the early ‘90s that wiped out a lot of really amazing talent,” Hengst went on to say.

At this point in the decade federal budget cuts slashed $400 million from HIV related budgets at the peak of incidence of deaths in 1995. Hengst continues, “that was a scary sad time to be in San Francisco, but that was part of it too, you know? It was, like, kind of dumpy and sad, and in the midst of all that, broke people were getting together,” said Hengst.

The ‘90s had an emphasis on the word, “together.” Economies came together. The Internet was creeping like moss over literally every aspect of day-to-day life, joining people and ideas together.

Big businesses were changing the concept of consuming life and its basic necessities.

As businesses grew bigger and the middle class expanded, many were left in a situation of gentrification not too different from the one we are seeing today in 2017.

In New York, the climbing skyline left these tenants scrambling for shelter as well as a place to create.

“You just [made] art wherever you [could],” recalls Ned Smyth, a well- known sculptor throughout the last quarter of the 20th century.

The art made was hardly moving around the way objects are FedExed around the world with the click of a button.

The globalization of things and stuff reached a point of contention between artists who wanted to create without selling.

As objects became easier to find online, artists worked to keep their art as tangible and in touch with reality as possible.

Working through the Internet would mean online viewers would miss details such as texture and scale; art does not evoke emotion the same way through a screen as it does in person.

Artists were not yet creative entrepreneurs as we see today with the rise of Instagram artisans and Etsy web stores.

Art was talked about over coffee in diners.

Art was in the alleys.

It was moving along the subways of Chicago, Los Angeles and New York where writers were changing the concrete and steel of inner cities.

Train stations turned to canvases that would travel with the economic fruits of corporate shipping nationwide.

Names such as Ja, Zephyr, and Lady Pink could be seen on the growing industrial world. Art for the trainyards and trainstations.

For a brief moment in time, we experienced the last great moments of life before tweets, likes and the “war on terror” we are bound to even still.

While social media has allowed communities and people to put together great solutions to social injustices and create life-enriching technologies, have we lost a part of what it meant to be an artist or an audience?

Does the quantity of content decrease the quality of interest?