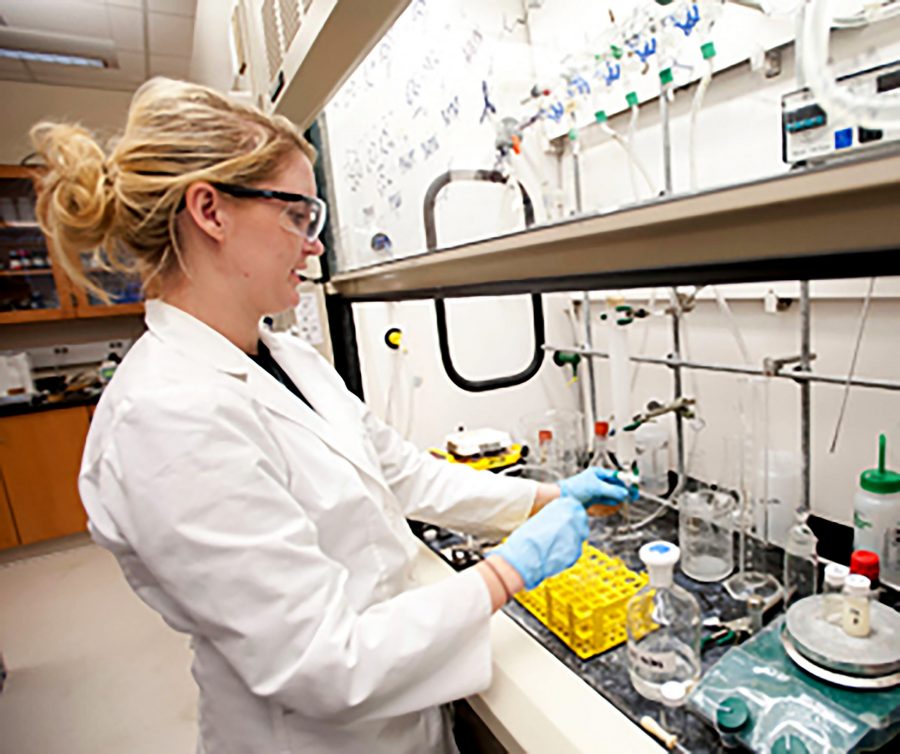 Professionals working in science, technology, engineering and math (STEM) believe there needs to be a greater push for recruiting women in their fields.

According to Nicole L. Beebe, Melvin Lachman distinguished professor, associate professor in cybersecurity and director of The Cyber Center for Security & Analytics, a significant workforce gap exists in STEM fields, especially in cybersecurity. “We don’t have enough people doing the work or teaching people to do the work. Without adequate representation of females, we will never close the gap on the millions of cybersecurity professionals needed in the field.”

Anders Horrocks, UTSA alumna and current cybersecurity consultant for Ernst & Young, felt fortunate to have had a mix of female and male professors when she was a student at UTSA.

“What I appreciate most about the male professors in information systems at UTSA is that they never talked down to me or treated me any different because I was a woman pursuing this major,” Horrocks said. “In fact, most of them were super supportive and encouraging because they understood the value of getting women involved in cyber.”

The lack of female STEM professors can be discouraging for women wanting to enter STEM fields. “It is hard to recruit and retain any demographic in any field if the mentors and role models in the field don’t reflect a target demographic,” said Beebe.

The lack of women in STEM is not going unnoticed. Initiatives and organizations exist that encourage women to enter STEM fields and help them connect with each other.

“Ernst & Young has an initiative to get more women involved in cyber. I’m also a part of an internal company organization called Women in Cyber and a larger group called Women in Tech,” said Horrocks.

Adriana Arredondo, a junior biology major, feels greatly impacted by her female professors. “I am doing my concentration studies in neurobiology because I want to follow the steps of Dr. Isabel Muzzio.”

Idalia Aguilar, a sophomore cybersecurity major, shares similar thoughts on women professors in STEM fields and finds them inspiring. “They make us think that if they can do it, we can also do it,” Aguilar said. “It demonstrates that we shouldn’t feel intimidated by men because we can also work in this field and be confident about it.”

According to Horrocks, discrimination has historically occurred and continues to occur today. “There’s plenty of horror stories out there. You can find them in news articles and by talking to most women in the field; my female professors at UTSA had a few of their own.”

However, Horrocks believes that society is changing and is beginning to value women and the diversity they bring to the STEM field. “I actually had more marketability finding a job because I brought a much needed diversity,” said Horrocks.

Arredondo does not feel intimidated entering into a male-dominated field, she feels a sense of power. “I feel equal to the male students in this field because science sees no gender. We are all able to achieve our goals.”

“Just go for it and not be intimidated,” Horrocks said. “If this is something you love doing, don’t let anyone tell you not to do it. Plus you’ll make really good money and you get to work on all the cool stuff.”