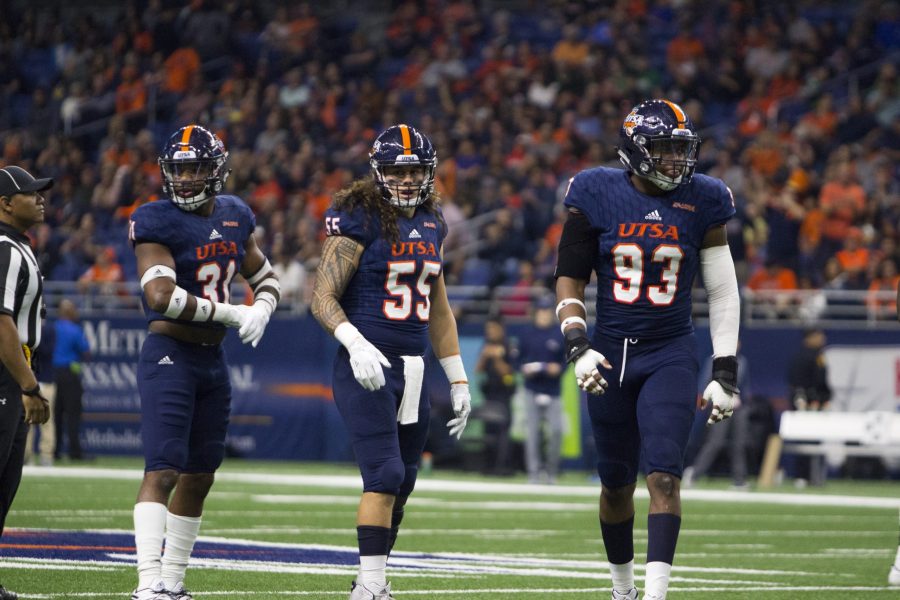 Although the offseason is just getting started, UTSA football has already seen a flurry of coaching staff changes over the last few weeks. The most notable headline came shortly after UTSA was snubbed from a bowl appearance following a bowl eligible 6-5 2017 season. Defensive Coordinator Pete Golding, who led the ‘Runners to their best defensive season in program history, was offered a job from Nick Saban and The University of Alabama. Golding has since accepted the offer and is now a part of Alabama’s coaching staff. Golding’s departure left a massive hole to fill, and Head Coach Frank Wilson has had his hands full trying to readjust the coaching staff after losing both his offensive and defensive coordinators.

On Dec 27, 2017, UTSA announced that linebacker coach Jason Rollins had been named the new defensive coordinator. “No one is more deserving of this, and we believe we will continue to build the defensive foundation that has been set forth,” said Head Coach Frank Wilson regarding the promotion.

In the 2017 season, the UTSA defense ranked second in the nation in total defense, behind only Alabama. As well, the Roadrunner defense led Conference-USA in seven statistical categories and held eight out of their 11 opponents to under 300 yards of total offense.

Golding did a tremendous job with the defense, but he couldn’t have done it without a talented linebacker core composed of players like Josiah Tauaefa and La’kel Bass who were coached by Rollins.

Rollins has coached college football for 21 years. He began his college career at McNeese State. Prior to UTSA, Rollins spent nine years at Tulane University as the secondary and defensive backs coach, as well as the co-defensive coordinator in 2015. In 2013, Tulane made their first bowl appearance in 11 years, and Rollins was the catalyst to their success. Between both 2013 and 2014, the Tulane secondary had 39 interceptions and ranked second in the nation in forced turnovers.

When Frank Wilson was named the head coach for UTSA, Rollins was one of Wilson’s first hires. With both men working in close proximity within the state of Louisiana, Wilson was familiar with Rollin’s success and brought him onto the Roadrunner coaching staff.

Though Rollins has had plenty of success in the past, he still has big shoes to fill in light of Golding’s departure. It will be the first time Rollins handles the duties of a defensive coordinator by himself in his 20-year coaching career.

Although Rollins being named defensive coordinator was the biggest move, there have been plenty of other coaching staff changes for UTSA football.

Aside from the hire of Camp, Wilson decided to promote Graduate Assistant Deron Wilson to cornerbacks coach. Wilson helped develop players such as Devron Davis, Austin Jupe and Javontavius Mosley.

There have been plenty of coaching changes so far this offseason, and it wouldn’t be surprising to see a few more take place before it’s all said and done. Hopefully, the new members of the coaching staff will have success at UTSA come September at the beginning of the season.