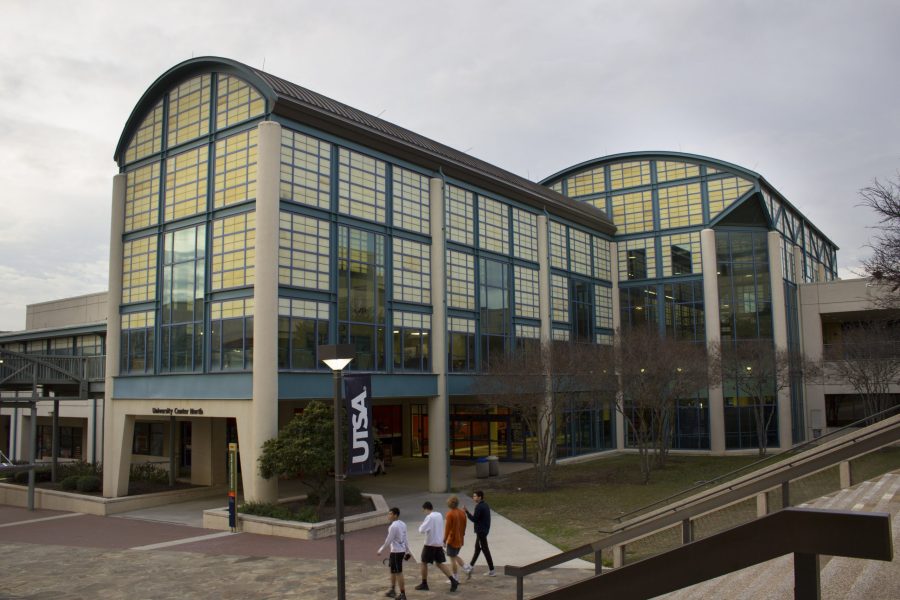 GA 108 cited that the Texas State Legislature and Education Code both currently refer to the University Center as the “Student Union.” The resolution also states that no increase in student fees will be made to cover the cost of the name change.

The resolution went to the vice president of student affairs, Sam Gonzales, then to UTSA President Taylor Eighmy for final approval. The UC Advisory Board voted unanimously to change the name.

“The UTSA Student Union will continue to serve as a focal point of campus life,” Liz Rockstroh, associate director of communications and programs at the UC, said.

“This name more accurately reflects the student focused role of the union on the UTSA campus and is more widely recognized among tier one research institutions.”

“This name more accurately reflects the student focused role of the union on the UTSA campus, and is more widely recognized among tier-one research institutions”

“‘University Center’ is sort of a generic name,” Dr. Sandy Norman, faculty representative of the UC Advisory Council, said. “If you’ve never been here, you wouldn’t have any idea what that means.

“[Changing the name of the UC] was a matter of providing a more accurate description, something that would be more useful to recognize, by new students especially.”

“I see it as a good sign of progress,” AJ Lopez, undergraduate student representative on the UC Advisory Council, said. “A lot of people don’t know what the UC does, so I think changing the name to Student Union will bring some enlightenment to the student body and expand the services the UC provides.”

The lettering on the facade of the UC, letterheads and other labels around the building will be changed by Fall 2018.