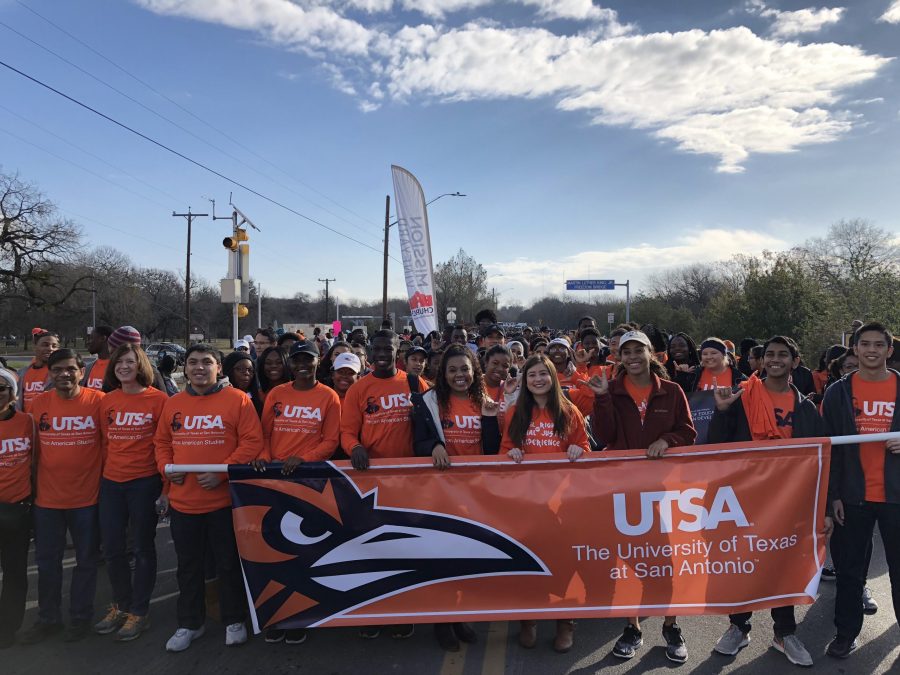 Rev. Callies organized the March in 1968 to call attention to the need for basic infrastructure on the East Side. His efforts resulted in what has now become one of the largest commemorative marches for Dr. King in the United States.

American journalist Roland Martin was the keynote speaker at the march. Martin was named the National Association of Black Journalists’ “Journalist of the Year” in 2013 and earned his third NAACP Image Award in February 2017 when he was named “Best Host” in the first year the category was created. This past week, Martin received his fourth NAACP image award.

In his speech titled “Reclaiming our MLK,” Martin said, “I have a problem every year around MLK Day, because Rev. Dr. Martin King Jr., for some reason, has been treated as America’s civil rights mascot.” Martin continued, “You will have folks who would have never in their life have marched with, voted with or agreed with anything he believed in; but, they are quick to send press releases out or tweet out comments about how great he was.”

Martin emphasized the hypocritical nature of many public figures, including Speaker of the House Paul Ryan and President Donald Trump.

“We cannot allow people to continue to pimp MLK Day for their purposes if they are unwilling to stand up for the very things he believed in,” he said. “I am sick and tired of people pimping Dr. King and the civil rights movement for their own varied causes.”

“I am sick and tired of people pimping Dr. King and the civil rights movement for their own varied causes.”

“I am marching for what MLK accomplished, how he brought people together and because we are still fighting similar battles,” said senior politics and law major Ileen Montemayor. “It’s important to celebrate what has been accomplished while continuing to march for the justice that has not yet been attained.”

Along with Montemayor, senior communication major Alicia Taylor also participated in the march.

“When we march, we are not marching to only honor Dr. MLK, but the millions before him and with him, who fought for their civil rights. They all had a dream, and MLK was the face of it. We march in solidarity to proclaim and illustrate that we believe in his dream.”

UTSA participated alongside groups such as Black Lives Matter, Planned Parenthood, MOVE San Antonio and many others.

Marcos Villarreal, graduate student in higher education administration, shared his reasons for marching. “It’s just good to march to show that there’s equality and diversity, no matter what campus you go to, especially at a big university like UTSA, which is a Hispanic serving institution,” he said. “We’re still marching for Dr. King, and we’re still doing this stuff just to have a diverse and equal experience.”

Among others, UTSA Academic Advisor Lauren Smith was proud to participate in this year’s march. Smith shared her opinion on why it is important for people to march.

“I think it’s important, so we don’t forget how far we’ve come, but also how far we need to go in terms of civil rights and how we treat each other in this country.”

The march extended 2.75 miles across the MLK Freedom Bridge, and down Martin Luther King Dr., ending in the Pittman-Sullivan park. The day wrapped up with performances by local musicians as the population of San Antonio and other communities celebrated their diversity and the legacy of the Rev. Dr. Martin Luther King Jr.