Sotomayor’s wide approval is worth exploring 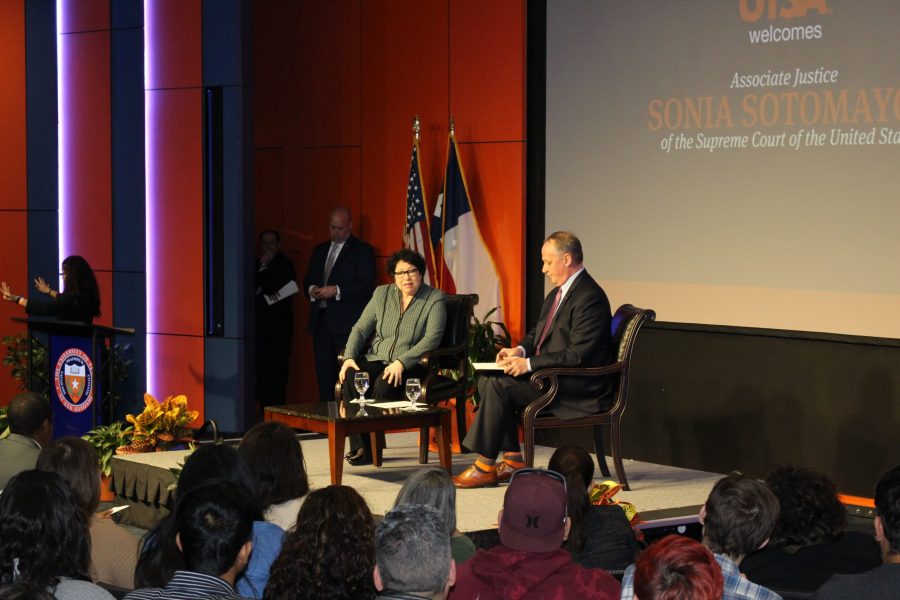 UTSA’s high profile visit from U.S. Supreme Court Justice Sonia Sotomayor moved the audience. Her can-do advice was inspiring, as was her humble background. Unfortunately, only students selected before the presentation were permitted to ask Sotomayor a question. The personal questions were interesting, but UTSA students missed the opportunity to ask Sotomayor more substantive questions. Of course, questions about cases before the court would be inappropriate, but questions related to the judicial process would be permissible. For example the Paisano would have liked to have asked this question: You’ve enjoyed wide approval as a federal judge; you were appointed to the U.S. district court by George H. W. Bush. before your Supreme Court appointment by Barack Obama. Why do you think both parties had faith in you?

Sotomayor’s wide approval is remarkable in light of the past party contention over U.S. Supreme Court Justice Neil Gorsuch’s appointment. The Senate Republicans’ unprecedented refusal to give Obama’s appointment Merrick B. Garland and the Democrats’ opposition of Gorsuch’s confirmation spotlight the conflict between parties concerning Supreme Court appointments. The Supreme Court is the final judge in all cases involving laws of Congress and the Constitution. Its impactful rulings have political consequences, but they’re not politically motivated. Sotomayor’s balanced appointment history is ideal because, at least on paper, it demonstrates Congress’ confidence in her neutrality and her ability to apply the law in respect to the Constitution.

Sotomayor’s impressive accolades and personal achievements mesmerized her UTSA audience, but the opportunity to hear about the confirmation process from a justice appointed by both sides would have been valuable. Sotomayor isn’t your average celebrity, she is the 111th person to sit on the Supreme Court. Her life is inspirational, but there’s more to learn from her. Substantive questions would be a nice compliment and certainly appropriate for a university community.