UTSA baseball on the brink of a new season 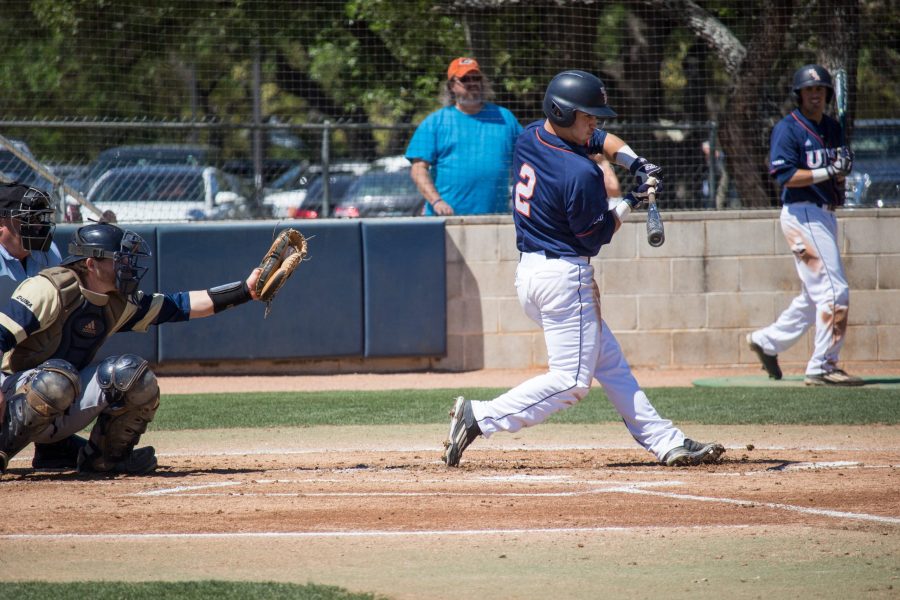 Where UTSA stands amongst C-USA in the preseason

With baseball season less than three weeks away, teams around the nation are gearing up for the 2018 season. Southern Mississippi and Rice ran the table in C-USA last season and earned a bid to the NCAA tournament as a result. This season, everyone will be seeking to earn a chance at a conference championship and a shot at getting a tournament bid.
Charlotte (2017 Record: 34-24, 18-12):
Charlotte was one of the few teams in the conference who had a good regular season. However, they weren’t selected for the NCAA tournament even though they were able to notch two wins in the Conference USA Tournament. The 49ers have a handful of key players returning to the team this season including, last season’s All C-USA Freshman Matt Brooks.
Florida Atlantic (2017 Record: 35-21-1, 18-12):
The Owls finished the regular season tied with Charlotte for the third best record in the conference, but like most teams in C-USA, they too were left out of the NCAA tournament. One key player to watch is infielder Tyler Frank who some are regarding as a top draft pick this summer.
Florida International (2017 Record: 31-27, 15-15):
The Panthers managed wins over Miami and Mississippi State last season, but after a disappointing showing in the conference tournament FIU was on the outside looking in. FIU lost three of its best offensive weapons from last season, which means that third baseman Javier Valdes will have some shoes to fill as the teams new offensive leader.
Louisiana Tech (2017 Record: 36-20. 17-13):
Like conference foe FIU, the Bulldogs had some decent wins over Arkansas and Mississippi State but lost two straight in the CUSA tournament and were left out of the big dance. LA Tech lost eight of their top hitters from last season, so most of the offense will come from new faces this season.
Marshall (2017 Record: 25-29, 12-18):
Marshall didn’t have a strong year, as they ended the season with a losing record and were only able to win 12 conference games, which kept them from participating in the C-USA Tournament. Offense is what kept the Thundering Herd from being great last season, so look for a strong bullpen and improved offense this season.
Middle Tennessee State (2017 Record: 24-31, 10-20):
MTSU had a losing record and only ten conference wins, which kept them from participating in the conference tournament and put an end to their dismal 2017 campaign. The pitching is what kept MTSU from being a good team last season, but with a new pitching coach, look for the Blue Raiders to have a rebound year.
Old Dominion (2017 Record: 37-21, 19-11):
The Monarchs had the second-best conference record, but they ended up going 1-2 in the conference tournament, which some say is the reason why the 37-win team missed out on a trip to the national tournament. ODU looks poised to make a run at the conference crown with plenty of new players ready to make an impact.
Rice (2017 Record: 33-31, 16-14):
Rice started off the year with a 13-15 overall and 4-11 in conference play, but closed out the season on a scorching 14-4 run, eventually becoming C-USA Champions. They ended up all the way in the Regional round but were eliminated by College World Series runner-up LSU. The Owls snuck their way to a championship last season, but can they build off of last season’s success and make another run?
Southern Miss (2017 Record: 50-16, 25-5):
The Golden Eagles had a 50 win season and had the best record in the conference but lost in bitter fashion to Rice in the conference championship. Southern Miss did just enough to earn themselves a bid in the national tournament but fell just short to Mississippi State in the regionals. Southern Miss lost some key pieces in the pitching staff but expect the offense to keep this team in the mix all season long.
UAB (2017 Record: 24-31, 9-21):
The Blazers got off to a fast start, going 11-5 to begin the season, but the injury-bug bit UAB, and they ended up missing out on the C-USA tournament. After so many injuries hurting the team last season, UAB is hoping for a much healthier 2018.
UTSA (2017 Record: 29-28, 15-15):
With big wins over Texas Tech and Baylor, the ‘Runners were making a strong push for the conference crown, but facing a tough Southern Miss team in the first round of the conference tournament sent the Roadrunners home early. First baseman Ben Brookover and second baseman Bryan Arias hopes to lead the team offensively while pitcher Steven Dressler will seek to hold down the bullpen.
Western Kentucky (2017 Record: 16-39, 6-24):
The Hilltoppers had the worst record in the conference last season and are hoping they can turn things around this upcoming season. Ryan Thurston lead the team in strikeouts last season and will look to keep things rolling for the 2018 season.