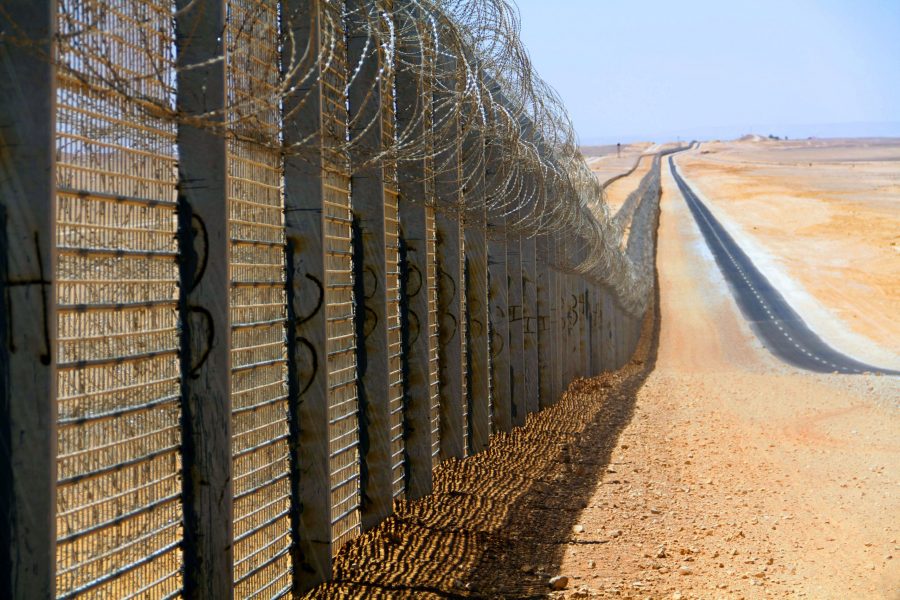 The Santa Ana Wildlife Refuge in the Rio Grande Valley will be compromised if the construction of President Donald Trump’s notorious border wall begins. Santa Ana is the home to over 400 bird species, 450 different plants, half of all butterfly species in North America and rare species such as the indigo and Altamira oriole—it is also the site where Trump claims construction will begin. Residents around the area refused to sit around and allow the project to be approved. Instead, hundreds of people showed up with signs and passionate voices to put their feet down in rejection of the border wall, and everything it stands for.

Over 900 people, including myself, gathered on the grounds of the Santa Ana on the 27th of last month for a rally to protest the wall’s construction. It was not just about saving Santa Ana it was to express a deeper message.

While at the rally I spoke to Allyson Duerte, an activist and DACA recipient. “What most of us seems to forget is, that it’s our lives that are at stake here, being used for leverage to negotiate to promote for the border wall is a short way attempt to reduce us to nothingness,” Duerte said while referring to the Dream Act Trump passed earlier this year. In turn for the dreamer’s temporary protection, the wall would be built and the privilege to protect their family members from deportation and access to citizenship would be lost. Duerte spoke on behalf of border communities who refuse to accept the creation of another physical border because they believe the border would do nothing but cause damage. It would create environmental issues, such as the destruction of Santa Ana. It would have no solid influence on the effect of the migration chain, but instead it would do nothing but cost the country an estimated 25 million dollars and further marginalize non citizens.

Duerte also spoke about the importance for the youth to challenge the wall because it does nothing but create a bigger space for bigotry and hatred towards the immigrant population.

There were many speakers at the rally who shared the same compassion to fight against what most believe is an irrational gesture to further the agenda of labeling human beings as “the other.”

Congressman Filemon Vela also made an appearance; he spoke inspirationally and gave the crowd a sense of hope that there are still public servants who keep the interests of all people in mind.  “The idea that we would create a physical barrier to our allies just doesn’t make sense. Let’s talk about the lives of the dreamers, because what a lot of people don’t understand is that there is a Dream Act file in Congress right now.” He continued with saying that the passing of a Dream Act that leaves out any conditions for dreamers is on the rise and is very soon possible, so people should keep on fighting.

Many leaders spoke on behalf of their people. Juan Mancias, of the Comecrudo Carrizo tribe that dominates the Rio Grande Valley, said “this land has been sacred to us, we have our ancestors buried here from before the Spanish dropped their first missionaries. They have to learn to let go of the colonized. There’s a point where they stopped us from being who we are. We will take care of our river. It is not a border.” The tribe set up a booth to inform the people of their history and help find others who may be a part of the Comecrudo Carrizo bloodline.

That day, I saw Santa Ana as more than just a national refuge, I saw hope. The stigma of undocumented immigrants being ‘dirty, bad muchachos, rapists” is just a stigma. People use labels such as “illegal aliens” and don’t realize that matter in which they are dehumanizing others.  However, even the crowd that is repetitively told by our society that they aren’t wanted, continue to do exactly what real Americans do. They fight, they cross barrier after barrier, to achieve a better life and to contribute to a better, more kind world.