Tuition and fee proposal to go before Board of Regents 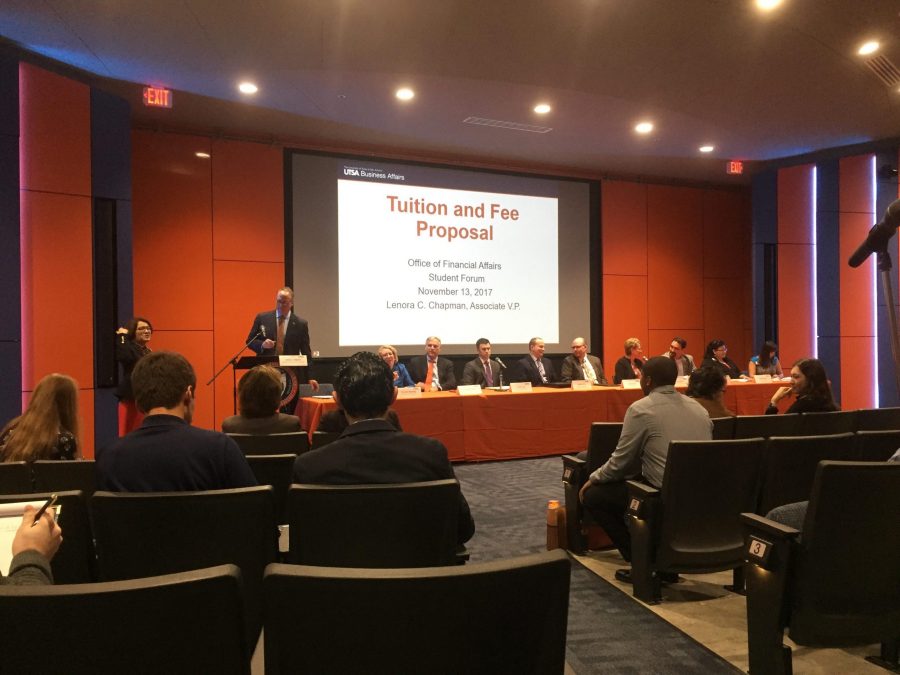 After UTSA students voted down the athletics and transportation fee vote, UTSA President Taylor Eighmy will present the university’s tuition request to the UT System Board of Regents on February 27.

The proposal is the effort of the UTSA Tuition and Fees Committee, a 41 person council who met five times from September to November drafting the components of the proposal.

“Based on the committee’s feedback, as well as the input of local elected officials we consulted as a part of the process, the final proposal includes some new approaches to help us balance our many priorities,” Eighmy said.

The current proposal will consist of increases to both graduate and undergraduate tuition for residents and non-residents. The proposal will also include plans to raise certain mandatory and students fees.

“UTSA’s proposed tuition plans reflect the lowest rate increases of all the U.T. System institutions, and they are on-par with cost of living increases,” Eighmy said. The U.T. System Board of Regents require any new tuition and fee revenue be used to address initiatives in “student success, student support and faculty recruitment, (and) retention and excellence.,” according to an email by Eighmy outlining the proposal.

The proposal states that  differential tuition rates are to supply students of their respective colleges with technicians, increase course availability, provide an answering service for student questions, give undergraduates more internship opportunities and enhance learning spaces.

A Board of Regents decision on the proposal will be made by March 9. Open forums on the differential tuition outlined in the proposals will be held Feb. 20 from 12:00 p.m. to 1:00 p.m. in BSE 2.102 for the College of Engineering, and Feb. 20 and 21 from 4:00 p.m. to 5:30 p.m. in BB 3.04.08 for the College of Business. Students with questions regarding the process or proposal can contact Executive Director of Communications of the Office of the President Ann Peters at [email protected] To read the full proposal visit http://www.utsa.edu/financialaffairs/TuitionFees/proposals.html.