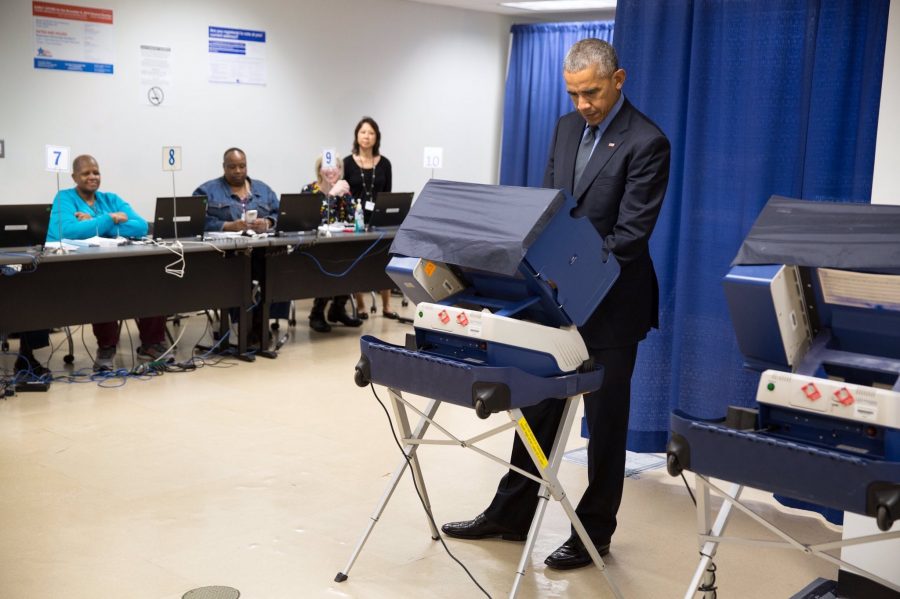 Since the inquiries of a potential hack of the Democratic National Committee (DNC) in the 2016 presidential election, suspicion of the reliability of the current voting machines has risen.

According to associate professor Max Kilger who does his research and publishing in cyber security, the investigation of the DNC hack is a traditional cybersecurity investigation trying to find out how the hack happened, what was taken and who is responsible.

“There is a fair amount of evidence that there was indeed a hack and it was probably nation-state sponsored. The indications are, at least backed to some extent, by Russia,” Kilger said.

Current voting machines are mainly self-contained, meaning they do not connect to anything. This makes them more difficult to hack directly, because they are not connected to the Internet.

Even though directly hacking the machines is difficult, Kilger says it is possible to indirectly hack the machines by simply using a thumbdrive. “Voting machines have to be programed, so you have to take something like a thumbdrive and program it, and then programming comes from a computer and the computer could be connected to the Internet, so there are ways to transverse or travel into the voting machines that aren’t direct.

“Another concern is that voting machines have a history of not being the most secure machines in the world,” Kilger said. “They are reasonably and easily hackable if you know what you’re doing.”

Not only are the individual votes able to be hacked, but the results of the votes can be hacked as well.

“The results of the voting machines have to be tabulated somewhere, you have to collect all the votes, so there are essential tabulation areas for cities, counties and states, and they are typically computers, and computers are vulnerable,” Kilger said. “If they are connected to the Internet, that is quite bad, that makes them quite insecure.”

Another issue involves voter registration bases because they are typically on computers that are often connected to a computer network that at some point is connected to the Internet, making the information hackable.

The software of voting machines is the most hacked component, but the electronic components can be compromised from their manufacturers and are an issue in voting machines as well as in military and defense equipment.

“You never know who is going to put a piece of malicious code into a chip that finds its way into your device. And it may be difficult to find,” Kilger said. “Who actually commits the hack may be one set of actors, people who are skilled in avoiding computer security systems. Then, who is behind them, maybe it’s a nation-state, maybe it’s a political party, maybe it is a political action committee, maybe it’s an individual.”

Hackers are also able to compromise machines in different places and hide behind the multiple links, which contributes to the difficulty in attributing the hack.

There are several strategies hackers could use in interfering with elections. The 2016 election used a complex strategy that involved hackers generating disinformation about a party, candidate or both on social media sites. “Some of the objectives of some of the strategies appear to be to create as much chaos as possible,” Kilger said.

Due to the potential of voting machines to be hacked, some information security experts are recommending going back to paper ballots, “it’s much harder to hack hand-counted paper ballots,” Kilger said, “but it depends on the ballot, if it’s a traditional check a box kind of thing and not punch a hole in something, then you don’t have chad issues.”

“No matter how much you harden the machines, there may always be a way to get in, but it is reasonably common sense to put money and effort to making them reasonably secure and resilient,” Kilger said.

Kilger encourages students to still go out and vote even though interference in voting may still occur. “Regardless of what you hear, vote. Even though there is that potential of interference, it doesn’t matter, voting is the most important thing you can do. Don’t let this discourage you.”