March for our lives 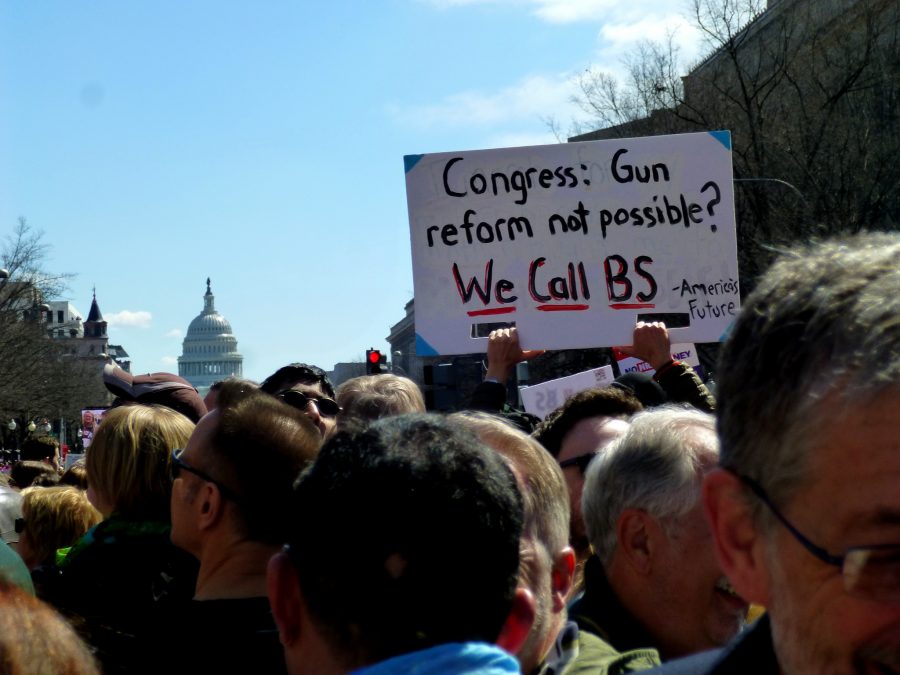 March for Our Lives protest

An unprecedented 187,000 students have been exposed to gun violence since the deadly shooting at Columbine High School in 1999.

According to the Washington Post, there has been an average of 10 school shootings a year; the highest number, 15, was in 2014. In the first three months of 2018, there have been 11 school shootings.

Americans must shield students from gun violence through gun law reform. It is time to enact legislation that raises the gun purchasing age to 21, requires stricter background checks and bans the use of military-grade assault weapons for non military citizens.

Naturally, the language in the legislation must be precise. What is military-grade to our politicians? It is impossible to say, but gun holders and those educated on the varying types and capabilities of guns can help provide input on the matter. There must be a line we can draw together that minimizes the potential damage a individual can accomplish.

Some believe arming teachers will end mass school shootings; however, arming teachers would only exacerbate the problem because it would give students more access to guns. Instead of searching for guns on the streets, students may take a gun from a teacher when the opportunity is available.

Also, legislators haven’t produced any plan for training teachers or security personnel to respond. The scale of the project is a formidable hurdle.

Many students are already changing the gun violence conversation. On March 24, student led protesters rallied across the nation to “March for Our Lives.” The largest march took place in Washington, D.C. where 200,000 protesters, led by student speakers, joined forces to express their frustrations about gun violence, school shootings and legislators’ inability to pass gun reform.

Each one of the student speakers was fearless, courageous and strong. Now the rest of America must follow the lead of these children, the students who weren’t to speak in front of hundreds of thousands of people—the students who looked the world in the eye and did not plead or beg but demanded change.

These students are the next leaders of the world, they will soon be able to vote and have a direct impact on legislation.

Join the fight. The fight isn’t asking for all guns to be abolished; the fight is a community effort to prevent the cold-hearted from having the tools to receive their own news cycle of fame.