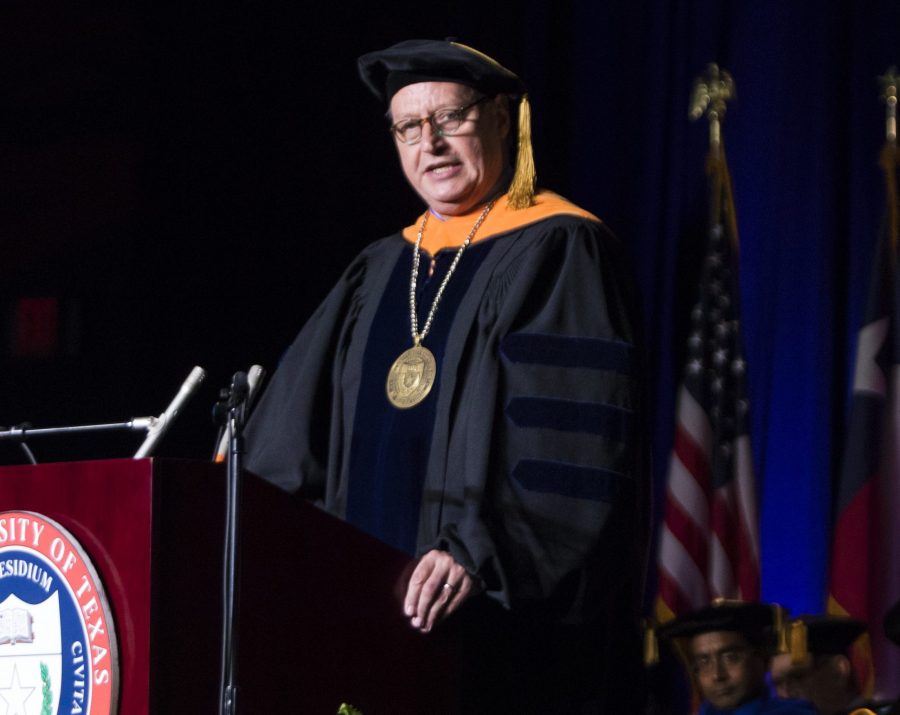 During the inauguration, Eighmy instituted a new UTSA tradition of an annual Day of Service. Approximately 1,400 students, staff and faculty participated by giving to the San Antonio community alongside 18 participating service agencies, on March 24. Participants completed volunteer work such as building homes with Habitat for Humanity or making dog toys with the Humane Society.

Eighmy asked for UTSA’s celebration of San Antonio’s tricentennial to be devoted to a year of service to the community. He ended his inauguration speech asking Roadrunners to be ready: “Be ready to share your dreams, your part in our constellation of stars and your passion for giving back.”