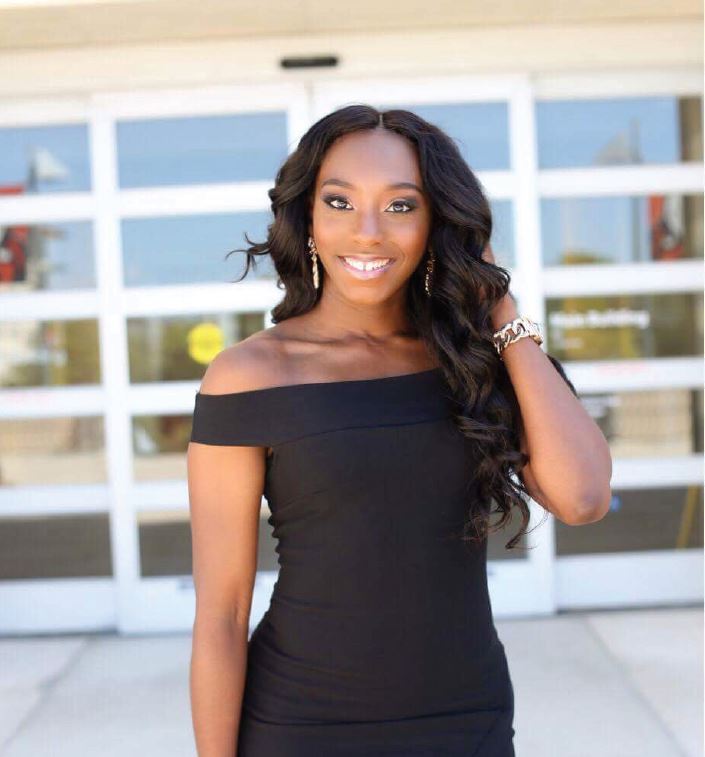 Former UTSA track star Chelsea Taylor is constantly serving the female community around her in any way she can. Whether it’s coaching pageants or publicly speaking on the importance of body positivity, Taylor hopes to be a guiding light to young girls who may be living in a world of darkness.

Despite working full-time at New York Life and pursuing an MBA in graduate school, Taylor still makes plenty of time to volunteer and speak out on the importance of female empowerment. Her tireless devotion to helping young girls become the best version of themselves is unmatched and is something that means the world to her.

During her senior year of college, Taylor earned the title of Ms. Black UTSA after winning the Ms. Black UTSA pageant. Earning that title was instrumental in helping Taylor reach others. “With that platform I was able to promote body image awareness and help build self-confidence in women,” Taylor said. The outreach Taylor was able to get with her platform was just the beginning, as she’s now on an even larger stage. Taylor has been crowned Ms. Black San Antonio for 2018. “Now I’m able to do even more because I have a farther reach in the whole city,” Taylor said. However, she doesn’t plan to stop anytime soon; she plans to try to earn the title of Ms. Black Texas.
“Life is too short to not live the life that you love. Women often seek approval from others instead of living their own life.”

As Taylor’s platform grows, her mission remains the same. “My main goal is to live out what I believe God’s purpose for my life is. I believe I was put on this world to build

confidence in women and help people live boldly in their truth,” Taylor said. “I want to reach as many people as I can.”

Taylor’s passion for her volunteer work stems from her experience in her youth. “Through middle school and high school, I really struggled with body image for myself and trying to fit in,” Taylor said. She states that through self-love and caring mentors, she was able to discover who she was. “Once I figured out who I was, I was able to accomplish so much. I really believe when women gain the confidence they need, they can reach any of their dreams, and I find joy in helping others get to that point.”

Taylor hopes to now be a mentor to young girls who are facing the same struggles as she at their age.

All too often we see the blonde, size 0 model on posters, magazines, social media and everything in between with her underwear screaming, “You can’t wear this if you don’t look like this!” The pressure placed on young girls to fit a certain standard of beauty is damaging to any girl’s confidence, and Taylor believes that’s something that needs to change. “I believe there’s beauty in everyone,” she says. “If we adopt the idea of natural beauty still being beautiful, more people would feel beautiful without all the enhancements.”

As Ms. Black UTSA, Taylor is also a big believer in the beauty of diversity. “It’s important to celebrate different races and genders. The power of representation allows another little girl to come along and say, ‘she did it and she looks like me…so I could do it,’” Taylor says.

With so many young girls struggling to find themselves, Taylor has developed some advice for young girls and women. I believe that everyone has the opportunity to find their passion and live the life that they want,” Taylor says.

Although Taylor already does so much for the young girls around her, she feels as if she’s just getting started. “I’m just scratching the surface right now,” Taylor says. “I’m not doing nearly enough as I want to.” At only 22 years old, she has so much left she wants to accomplish.
“I believe a strong woman is someone who realizes her faults but also sees beauty in them.”
Although she primarily works with young girls, helping other women her age is on the agenda for the future. “I’ve noticed that even some of my peers still struggle with the same things, and so I’d love to implement something for that,” she says. There are many possibilities in her future. “I want to do some type of motivational speaking for sure,” Taylor said. “I want to go into that once I’m more prepared.”

As a young woman, Taylor truly embodies what it means to be strong and confident in oneself. Although the concept of loving yourself may seem simple, there are many young girls who struggle with their self-image. Once a young woman develops strength and confidence in herself, she is unstoppable. But what exactly defines a strong woman?