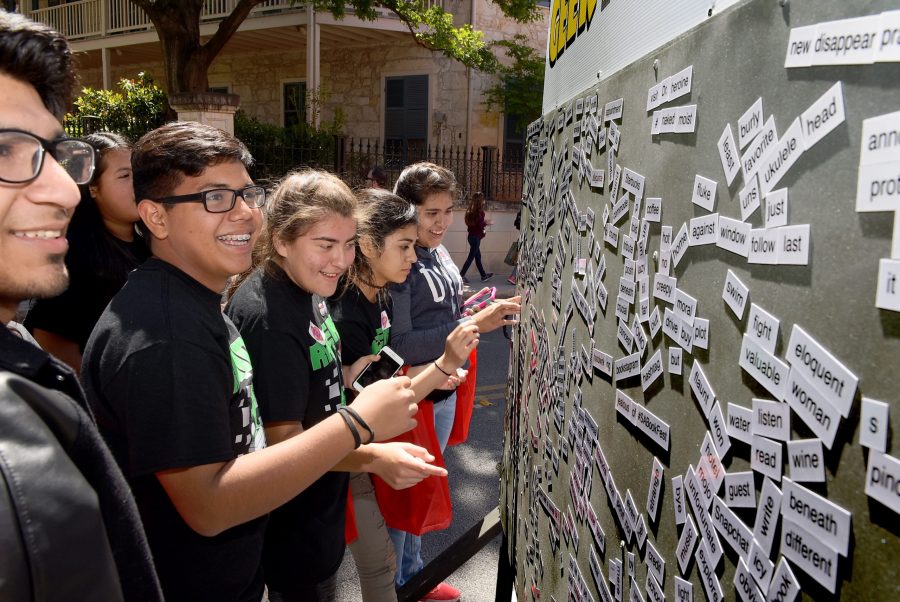 Last Saturday’s cold front did not deter literary fans from attending the sixth annual San Antonio Book Festival, where over 90 authors presented their literary works to crowds downtown at Central Library and at the Southwest School of Art.

Book lovers eagerly walked around trying to find their favorite authors. Tents flapped in the wind, papers blew around, but the festival goers were in high spirits.

“This is not a time to be silent,” journalist and author Jorge Ramos said to a crowd of about 700 people. Ramos, the headliner for the festival, spoke about his new book, “Stranger: The Challenge of a Latino in the Trump Era.” Ramos was in the national spotlight in 2015 after being escorted out of a Trump press conference. Then-candidate Donald Trump shouted for Ramos to “go back to Univision.” Ramos discussed immigration, racism and human rights at the event.

Ramos’ sentiments were echoed by other writers throughout the festival. Sandra Cisneros, author of “A House on Mango Street” and founder of the Macondo Writers Workshop, also commented on the importance of young people’s actions. “We need to counter what is deemed as our history,” she addressed the crowded tent, challenging people to record what happened to them in their life.

With the country going through difficult times, writers continued to encourage festival goers to create safe spaces and to continue supporting one another. “Challenge everyone who tells you, you can’t,” stated Laurie Ann Guerrero in her panel with fellow San Antonio writers.

Children and teens were catered to throughout the festival. Children authors, such as Cynthia Levinson, Xelena González and superstar Jason Reynolds, were present throughout the day. Some events geared towards children were creating bookmarks, making a mummy book and more.

Robot races and rocket launches kept the teens entertained as well as a lineup of Young Adult authors, such as Neal Shusterman, Erika L. Sánchez, Naomi Shihab Nye and Holly Black spoke about their newest books.

Vendors and food trucks were across from Central Library. Vendors sold everything from candles to t-shirts.

The San Antonio Book Festival first began in 2013 founded by Texas book Festival, Central Library and the Southwest School of Arts. Every year the festival has brought together authors from all over the country to present their works with readers.

With a 25 percent illiteracy rate in San Antonio, the festival aims to help the youth find a love for reading. The organization hosts a fiction contest, allows students to introduce writers at festival events, organizes author visits to local schools and helps provide transportation for students.