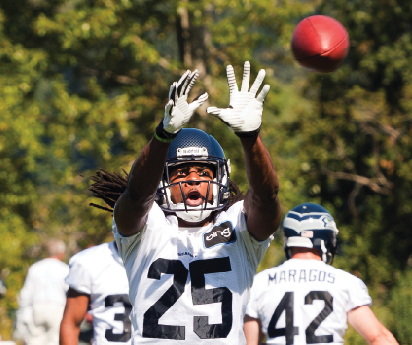 Some teams try to change their whole franchise with just a few big moves, while others lay low in the market and try to sign some underrated players around the league. Sometimes, you even get a big-name player who is ring chasing and goes to a team for a smaller contract.

This year, the biggest news has come from the LA Rams, as they try to reload their team to make a deep post-season run.

The Rams took advantage of teams trying to offload contracts. This paid off tremendously with the acquisition of Marcus Peters from the Chiefs.

The moves didn’t stop there, as they picked up another corner by the name of Aqib Talib from the Denver Broncos. They bolstered their secondary while keeping their own safety Lamarcus Joyner.

Using these big names to bolster the defense, they convinced Ndamukong Suh to join the squad and hopefully wreak havoc up the middle of O-lines.

Then there are teams such as the San Francisco 49ers that are flying under the radar with just a few key moves.

In a rather easy division, the 49ers were the bottom feeders last season in the NFC West. However, they managed to steal starting center Weston Richburg from the Giants to help protect young quarterback Jimmy Garoppolo, whom they just signed to a huge extension.

The future looks bright at the helm, but the ‘Niners wanted to bolster other parts of the team as well. This led to the huge signing of cornerback Richard Sherman after he was released by the Seahawks. Around the same time, the ‘Niners signed running back Jerrick McKinnon of the Vikings. They also added a few linebackers to restock their defense. San Francisco is definitely a team to watch next season.

Free agency also has teams that make minor moves to fill in some gaps and reshape the future a smidge. One team that made few moves but reeled in one big name was the Minnesota Vikings.

The Vikings managed to secure the biggest quarterback on the free agency market: Kirk Cousins. Cousins was signed to bolster a teams roster that had already made the conference championship last year. After the departure of Case Keenum, the team needed a quarterback who could make that next jump and hopefully put them in a super bowl game ASAP.

After going 0-16 last season, the Cleveland Browns traded for Jarvis Landry of the Miami Dolphins and signed former Buffalo Bills quarterback Tyrod Taylor. They also moved out some aging players like Jason McCourty and signed Carlos Hyde from the 49ers as well. This team looks to make a change after being the laughing stock of the NFL the past few seasons. Their free agency moves along with the return of receiver Josh Gordon should make the Browns an interesting team to watch next season.

As free agency slows down, all NFL fans await the draft to see what young players their team will select. Of course, all UTSA fans will be tuning in on April 26 for the NFL draft to see where Marcus Davenport will land. Overall, free agency in the NFL is an exciting time in sports, and it will be fun to see well-known players in different uniforms next season.