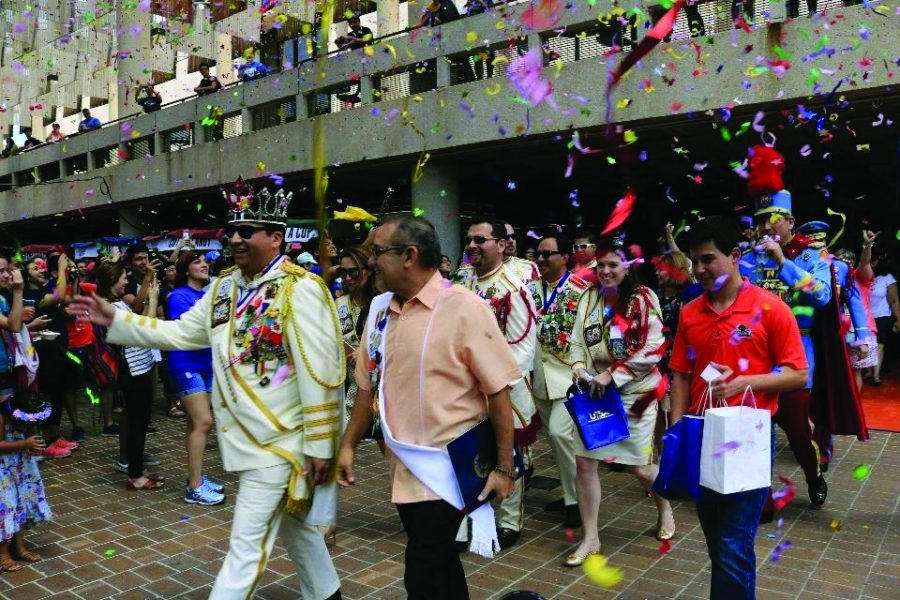 A guide to one of SA’s oldest traditions

San Antonio’s annual spring festival has had an incredible transformation throughout its 127-year history.

The city-wide celebration now known as Fiesta had its humble origins as a single day event called the Battle of Flowers Parade, held on April 21, 1891.

The Battle of Flowers Parade is held in remembrance of the subsequent Battle of San Jacinto, which ultimately secured Texas’ independence from Mexico only 55 years earlier.

The Alamo, easily the city’s most well-known and instantly recognizable historical landmark, sat in ruins for nearly six decades. A group of prominent San Antonio women established the all-female, all-volunteer Battle of Flowers Parade Committee in 1891 to organize the first of what was to become one of the country’s premier festivals.

Aside from serving as a celebration of San Antonio’s rich history, the original Battle of Flowers Parade also served to establish the Alamo as the heart of San Antonio.

By the time of the 10th annual parade in 1901, dozens of new businesses including saloons, banks, doctors, hotels and the grand opera house had set up shop at Alamo Plaza, securing its place as the cultural and economic center of the city.

The Parade became one of the city’s most beloved traditions, and as it grew larger each year, the Battle of Flowers Parade Committee became just one of many organizations that contributed to the festivities, though the parade itself remains a staple of Fiesta.

The 2018 Battle of Flowers Parade will take place on the April 27 at 9:30 a.m. starting at Broadway and Grayson.

This year’s 300 Timeless Treasures theme will highlight San Antonio’s culture and traditions as part of the city’s ongoing tricentennial celebration. Tickets start at $15 for reserved seating.

It will not be necessary to sacrifice a good morning’s sleep in order to enjoy a Fiesta parade, the following evening, the Fiesta Flambeau Parade will be celebrating its 70th annual “illuminated night parade” at 6:45 p.m. also starting on Broadway and Grayson.

The parade will feature a Three Centuries – One City theme and will be led by the University of Texas Longhorn Band. Bleacher seats start at $16.50.

One of Fiesta’s most well-known and celebrated events, A Night In Old San Antonio (NIOSA) will be running from April 24 – April 27 this year, offer four nights of food and entertainment from 5:30 – 10:30 p.m. on South Presa Street in downtown San Antonio. Tickets will be available at the gate for $15.00.

Although many of Fiesta’s biggest celebrations take place in downtown San Antonio, UTSA students will not have to travel very far to take part in the festivities. Last week, Roadrunner Productions hosted the largest Fiesta UTSA event in its 41-year history.

Over 100 vendors gathered under the Sombrilla and provided food and drinks for the attendees with The e7 Band providing live entertainment.

The event will feature a Casino Night theme and will be located at Student Union Ballroom at the main campus (HSU 1104/1.106). Admission will be free.

With over 100 events in all parts of the city, there will be plenty of opportunities for residents of San Antonio to take part in this year’s festivities. For a full list of events, visit fiesta-sa.org.