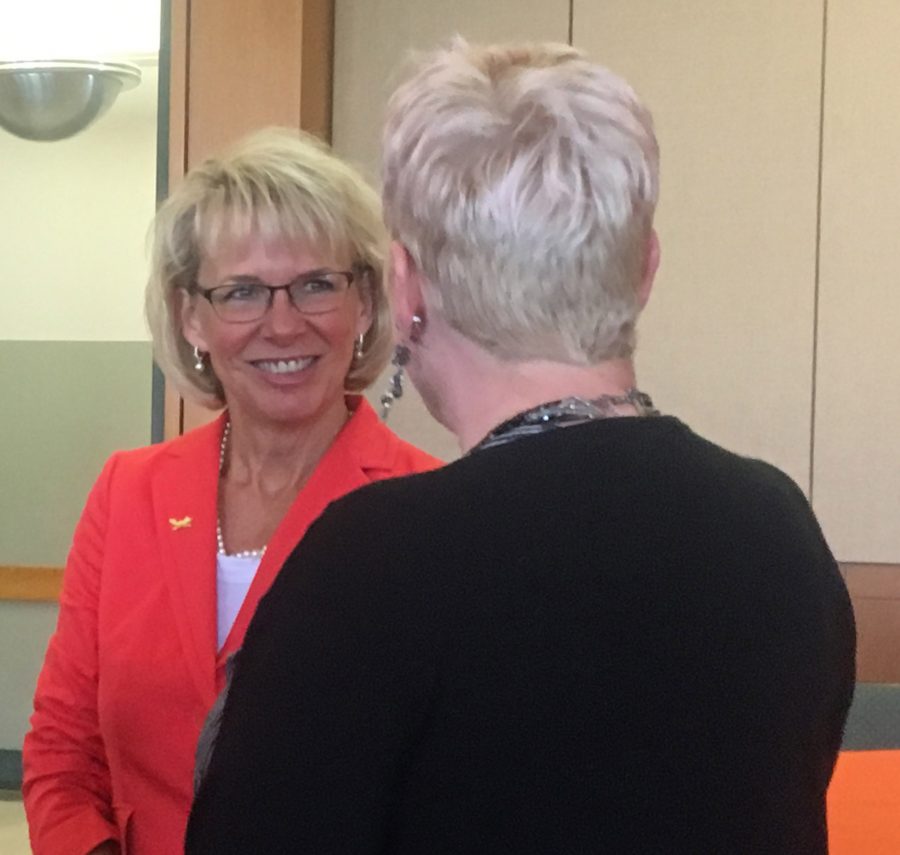 Espy officially returns to Texas after an extensive career in research and administration at top tier universities around the nation, including the University of Oregon and the University of Arizona. Espy brings to the Provost’s position years of experience in student success and academic research and she recently met with faculty, administration and staff of the Main and Downtown Campuses April 18 and 19 to discuss missions and objectives the university holds.

“UTSA is a thriving discovery enterprise in San Antonio, one of the nation’s greatest cities, and it is poised to become a model for multicultural research universities of the future,” Espy said. “UTSA is an institution on the move, guided by a strong vision that student success and academic excellence go hand in hand. I am eager to help drive that effort to advance the university and the San Antonio community, create opportunities for our students and support social and economic prosperity here.”

Espy earned a psychology degree at Rice University and went on to earn her master’s and doctorate degrees in Clinical Neuropsychology from the University of Houston. Espy began her administrative career in 2004, when she served as an administrative intern for the Provost and Vice Chancellor for Research Offices at Southern Illinois University.

From 2005 to 2011, Espy served as the associate vice chancellor for research at the University of Nebraska to enhance her skills in higher education budgets, policy, planning, communication and economic development. She left Nebraska in 2011 to serve as the vice president for research and innovation for the University of Oregon, one of 62 institutional members of the American Association of Universities.

“Dr. Espy is an esteemed scholar and administrator with proven leadership at large, Carnegie R1 (research intensive) and Association of American Universities institutions,” Eighmy said. “She has an unparalleled commitment to students, faculty and the role that research universities play in solving society’s grand challenges. Her breadth of experiences and her body of work closely align with our path forward.”

Espy has most recently served as the senior vice president for research and chief research officer for the University of Arizona (UA). There, Espy oversaw the university’s research development services, corporate engagement services, global research alliances and research administration and compliance. At UA, she partnered with the provost to implement a cluster-hiring initiative that yielded 28 new faculty at the university, including 20 new faculty to lead various academic initiatives.

Espy will bring her experience to UTSA’s nine colleges, the Graduate School and libraries. Eighmy has strategically placed Espy in this position because he believes she will help accomplish the strategic initiatives he set last fall; more specifically, Eighmy believes she will serve a crucial role on his campaign for the reimagination of the Downtown Campus, the development of new degree programs and institutions and the implementation of UTSA’s newest budget model.

“I know Dr. Espy shares my passion and energy for the potential of UTSA as an exemplary urban-serving, Hispanic-thriving discovery enterprise,” Eighmy said. “I am delighted to have her join our senior leadership team.”