Mírame, a look at the UTSA student-run band bringing their style to the local scene 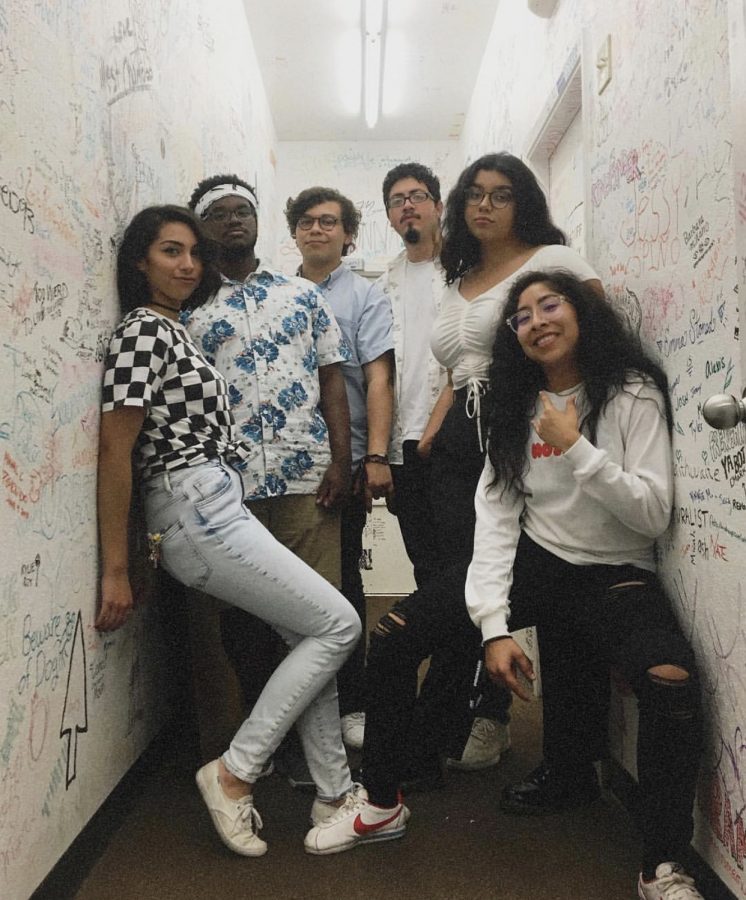 Mírame formed from a group of students that are part of UTSA musicians of business. Photo courtesy of Mírame

The music scene at UTSA was booming all spring semester. After the successful UTSA Underground music festival that featured local artists by and for the students, word of a particular band, Mírame, caught like wildfire. This band, exclusively made of UTSA students, covers the hottest songs out today all the while exuding a quirky mix of individual personality. Landing shows in local San Antonio spots such as the McNay Art Museum and Brick at the Blue Star Arts Complex, this young band is certainly making their mark. As active members of the UTSA Musicians of Business, Mírame formed after bumping into one another. Karen Jimenez, the band’s guitarist, said Mírame came together with one of the bandmates vision in mind. “Angelo (Salgado) had his eye on all of us, and saw the potential we would have if we all got together.”

UTSA students by day, hipster crowd-rocking artists by night, Mírame offers the relatability and diversity that UTSA students are looking for. Vivian Suarez, one of the bands lead singers, explains why Mírame is so diverse, “Coming from parts of Texas with a high population of Hispanics, we definitely want to be a group who is known for spreading more of that culture that brings us all together.” Salgado adds, “We’re trying to express that bicultural identity in our music. In the grand scheme of music there aren’t a lot of artists or bands that express their mixed culture in the mainstream, but we’re for joining a movement that’s working to break that culture.”

Covering songs by artists like Kali Uchis, Omar Apollo, Jasper Bones, Cuco and Chicano Batman, all artists in this movement, Mírame’s cover are recognizable but offer an original twist.

Check out and meet Mírame at their next show July 1 during First Friday at Brick at the Blue Star Arts Complex. Experience this intersectional music movement that writes, inspires and rocks the shows through Mírame.