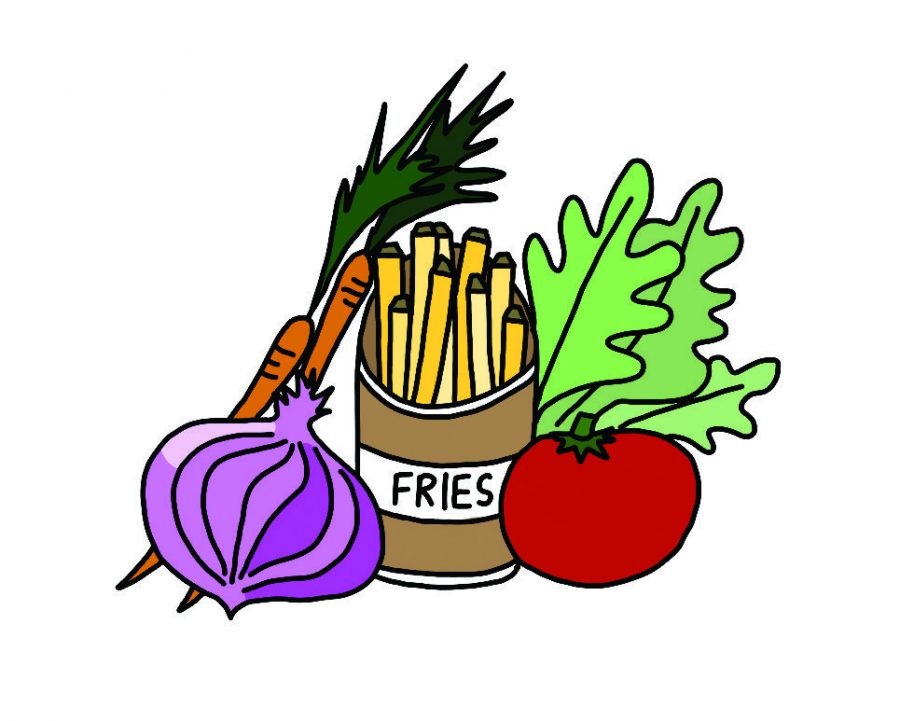 Excess production and consumption of meat and dairy has led to a dying planet
Raised awareness of human contribution to the downfall of our environment has made some individuals ask themselves, “What can I do to make a change?” One of the most popular eco-friendly trends has been transitioning to a vegan or vegetarian diet and lifestyle, to reduce one’s carbon footprint.

Animal agriculture is one of the top culprits for emitting greenhouse gases into the atmosphere. Shown in documentaries such as “What the Health,” “Forks over Knives” and “Cowspiracy,” the climate conditions have become significantly worse over the years, as most people are raised to regularly consume meat and dairy with almost every meal, specifically in the United States.

The overcrowding in these facilities where the livestock are raised, is producing a greater concentrated amount of methane that goes into the atmosphere. The carbon dioxide emissions produced from the farm machinery are also a large contributors.
“None of this is going to stop climate change, but it’s in line with the truth, which is that we need to fundamentally change how our economy works and how we live if we want to avoid climate catastrophe.”

-Justice Lovin
According to the Huffington Post and the U.S. Environmental Protection Agency, 14 percent of global greenhouse gas emissions are produced by agricultural practices. The reduction of mass production and consumption, encouraged by capitalism could lead to a global decrease in food waste and carbon footprints of consumers.

According to the Huffington Post, vegan and vegetarian carbon footprints are half the size of meat eaters.

The carbon and methane emissions caused by animal agriculture are not the only concerning factor, but also the excessive use of water that goes into producing meat and dairy products. Also, according to the Huffington Post, it takes 518 gallons of water to produce one pound of chicken, 718 gallons per pound of pork and 1,847 gallons per pound of beef. As compared to the average amount of water used per pound to produce most fruits and vegetables ranges between 20 to 100 gallons per pound. Of course, water is essential to grow or raise any type of food, but the growing animal agricultural production levels are wasting our most essential natural resource.

The vegan or vegetarian lifestyle does not have to be something that takes away from the joys of life, but rather add a reassurance that you as an individual are actively participating in making a change. Justice Lovin, senior english major, said, “Going vegan is a great way to lessen your impact on the environment without having to make a really difficult lifestyle change. It’s on the same level as not owning a car, and for some it’s equally impossible, but for most if not all can afford to cut out dairy or even just eat meat less regularly.”

There is a common misconception that vegans and vegetarians are not consuming the proper nutrients the body needs to thrive. This is untrue, as with any diet, it is an active choice for what you consume. There are vegan and vegetarian options for almost every traditional food item which is an opportunity to try new things and possibly substitute some of your favorites for a more eco-friendly alternative.

There are more options than just following either a vegan or vegetarian lifestyle. A rising trend is “meatless Monday,” which entails that one does not consume meat products all day. Once a week, simple, right? These small changes to one’s diet can make a much larger impact than assumed. There is hope for the planet, and there is hope for humanity to make more ethical and eco-conscious choices.