A new wave of safety 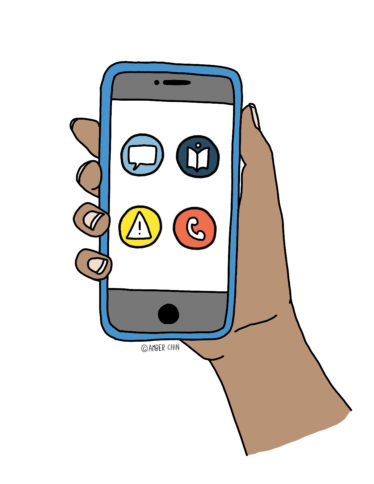 LiveSafe app available
The UTSA Police Department, alongside other departments such as the President’s Office, implemented a new safety app at UTSA called “LiveSafe.” UTSA is the first UT System institution to have the app available to students and faculty.

LiveSafe has direct contact with the campus police department, quick access to emergency options and the ability to report incidents of suspicious activity occurring on campus; it also includes resources related to the user’s safety and well-being.

Associate vice president of public safety and chief of police, Gerald Lewis, stated that having LiveSafe accessible for students, faculty and other personnel is great for the campus. Lewis also believes having the app should not replace adherence to general safety such as being aware of your surroundings and not walking alone at night.

“By adding LiveSafe, we’ve added another layer of protection to the university’s community safety,” Lewis said.
“We wanted to supplement all the safety resources we have available on campus through LiveSafe.” – Gerald Lewis
One of the features of LiveSafe is the ability to report suspicious activity. Users can take a photo, video, audio recording or text and report the activity anonymously to the police department.

“If you were in a situation where you couldn’t take a picture, video or talk, you can send us a text message,” Lewis said.

Lewis reminds users that when reporting suspicious activity, people are not suspicious—behavior is.

Lewis believes the main highlight of using LiveSafe is the “Safe Walk” feature. If a user is walking and feels uncomfortable, the feature allows them to look up someone in their phone contacts and ask them to watch them walk. The app will give the other person access to know if the user reaches their destination in time or if the user has stopped. LiveSafe will send that person a text message if either instances occur.

“The Safe Walk feature has a number of advantages,” Lewis said. “One, you have someone to watch over you as you travel, and two, the app gives us a last known location in case students veer off course.”

Another alternative to having a friend watch you on the Safe Walk feature is contacting the Rowdywatch Student Patrol and having one of them as an escort.

In partnership with the Department of Safety, the office of registrars’ work study program and the financial aid office, the campus police department implemented the Rowdywatch Student Patrol last year as a safety program for college students. The patrol team has direct contact with the police department but do not have the same authority. The students work Monday through Friday from 6 p.m. to 11 p.m.

Lewis hopes that the LiveSafe app will be downloaded and used by all students, faculty and UTSA personnel.

LiveSafe is available now for all smartphones. Users can download the app from Google Play or the Apple App store and register with their phone number or email.