Not so ‘United’ States of America 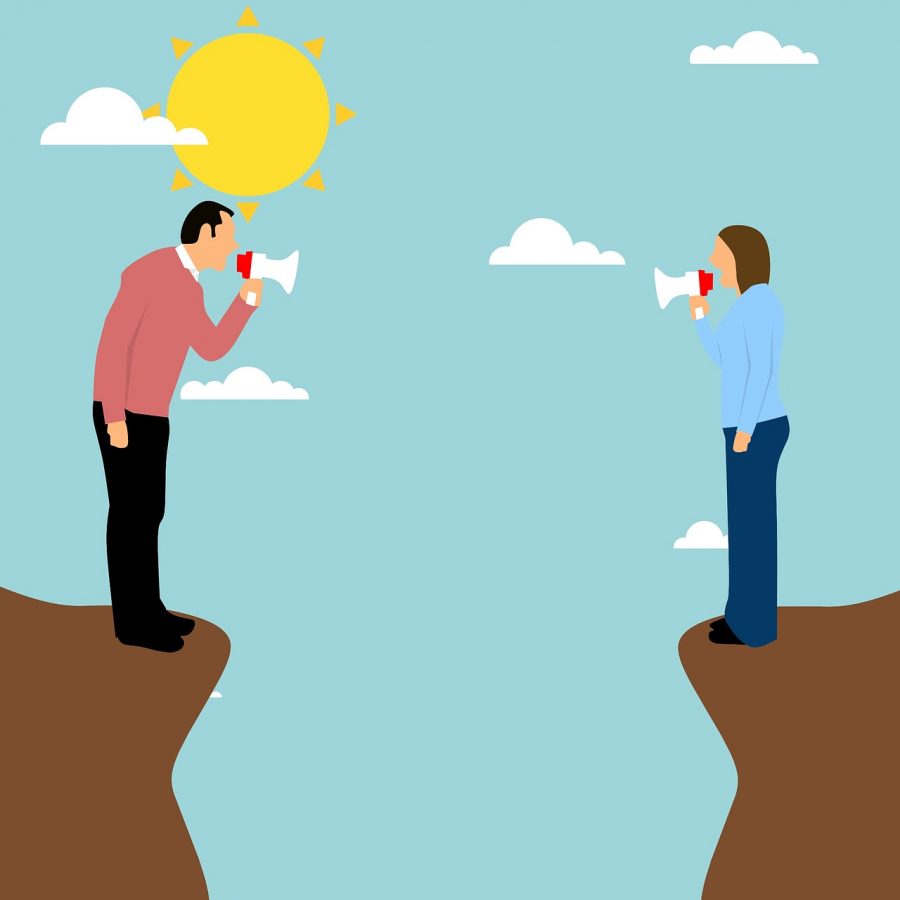 Why is it that today’s political climate is wrought with so much radical ideology? People have become so entrenched in their viewpoints that they can no longer reasonably differ in political discussions. What would once have been a lively political debate, resulting in an expansion of thought and a tempering of conviction, now leads to name calling and hurt feelings with no clear victor. Friendships are being ruined left and right, all for the sake of political correctness and the accolade of being the one to win the debate. The issue is simple: whether someone is wearing a Trump-affiliated hat or a Beto-affiliated shirt, they deserve to be treated with a common measure of respect. The “Golden Rule,” treat others as you wish to be treated, still holds true today. With a little effort and a bit of work, this country can heal even the deepest of wounds, and it can all start right here on campus.

Today’s political climate is far too full of contention to have any semblance of dignity.  are we to say that we are the shining example of democracy in the world if we can’t even allow people to wear Nike’s products or eat Chick-Fil-A’s food without labeling them as a communist or a bigot? The issue of disrespecting people based upon their political beliefs exists on both sides of the aisle; neither side is anywhere near blameless. Both sides bicker and argue to the point that nothing is accomplished, and it is the people who suffer for it. Since both sides have had a hand in making things worse, it’s only fair that both take part in making things better. Yelling in people’s faces and rioting in the streets will not accomplish anything. Reasonable minds must once again be able to reasonably differ, without the use of expletives or threats of violence. We all would be shocked from the understanding we could gain by quickly learning about our opposition, rather than being quickly outraged.

Whether we know it or not, Roadrunners have a huge impact on the local community. The people of San Antonio notice what we do and are proud of us for it. If we as a student body are to reach greater heights, then we must do so together, as a team.

I therefore implore each and every one of you to be more open to new ideas and perspectives, rather than shutting down the conversation with harsh words and hurtful gestures. Be kind to one another, even if you don’t agree. How are we to be justified in saying that we are better, if we do not act better? It’s time we start acting better. Let’s leave the bickering and arguing to the politicians.