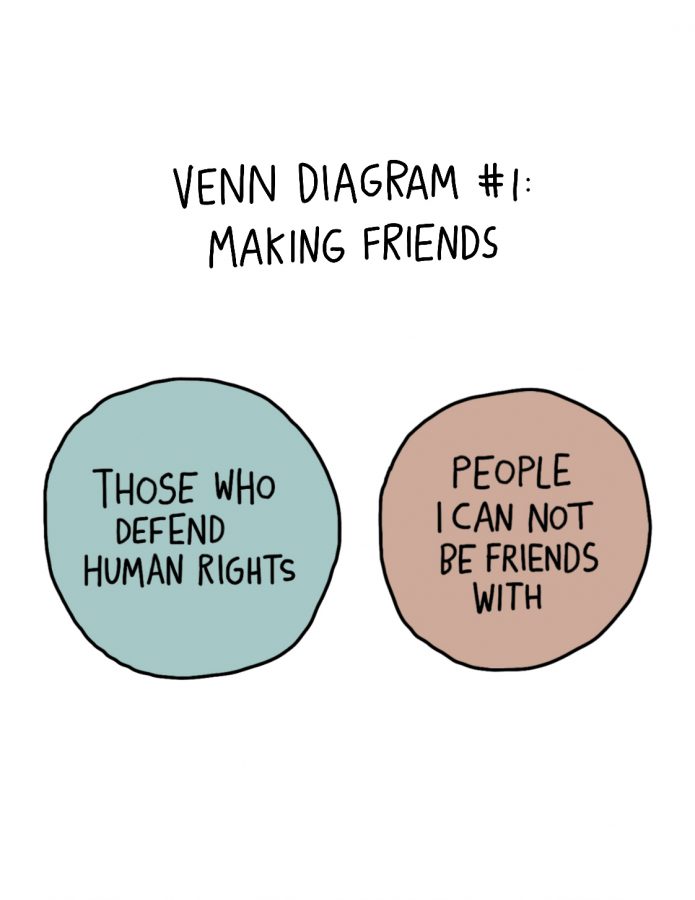 Many friendships have formed despite major political differences. Supreme Court Justice Ruth Bader Ginsburg said that she and the late Justice Antonin Scalia were “best buddies.”  For those more familiar with the politics of the NBC comedy Parks and Recreation, Leslie Knope and Ron Swanson also had a great friendship while disagreeing on most political issues.

These kinds of friendships usually form from other shared interests or from time spent around a variety of people; however, friends do not necessarily ignore their political differences. Instead, friends discuss their beliefs while respecting and listening to each other.

A college campus is a great place to hear opposing stances. In a college atmosphere, students and faculty have opportunities to interact with people who have different views. For example, Freshman Composition II courses involve reading, researching and writing arguments. Students can discuss their perspectives in political science courses and guest lectures. Additionally, students and faculty may attend political events held on campus or around town.

It is important to see different values and understand other perspectives; socializing with people we disagree with will help us become informed. Otherwise, we can become sheltered in our views when we continue to hear opinions from our Facebook friends or on our favorite news channel. When voters cast their ballots while understanding different sides of the issues, they are making an informed vote.

Studies show that voters tend to rely on their party’s stance rather than making educated decisions based on personal values.

While he was a professor of psychology at Yale University, Geoffrey Cohen studied the influence of our political parties on our acceptance of a policy. According to Cohen’s research, participants’ “attitudes toward a social policy depended almost exclusively upon the stated position of one’s political party.” These results suggest that voters’ decisions are based on whether their party supports a policy rather than evaluating the policy in light of their own values, even if the policy conflicts with the party’s usual stance.

Learning about other political views and the reasons behind them can help voters ensure their ballots and political stances reflect their own beliefs.

Friendships with members of other political parties are valuable because they help us balance our perspectives. These friends challenge our views, which may either open our eyes or reaffirm our beliefs. News organizations can be biased; we can hear the whole story by seeking out news from different sources.

Read, watch and discuss with an open mind, so you can make an informed vote this November.