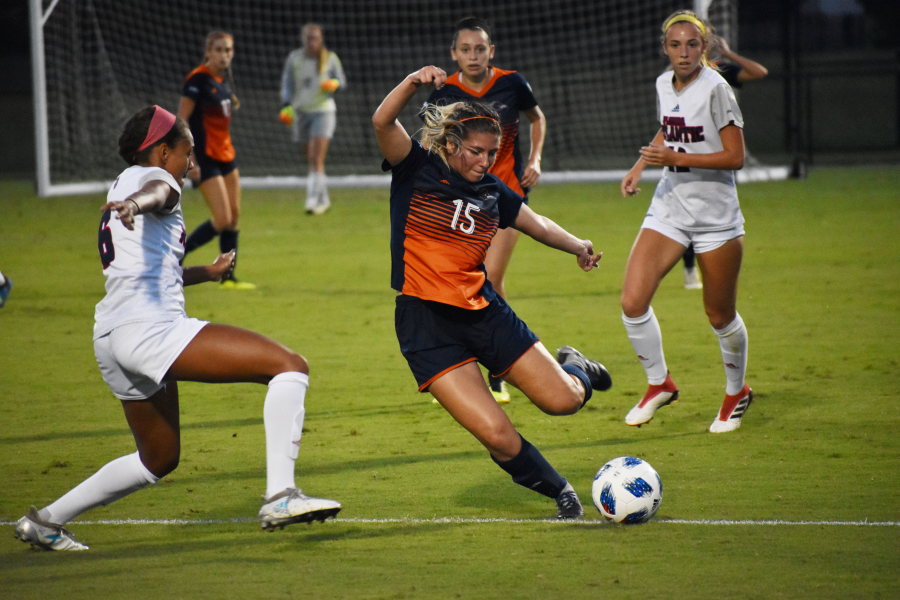 On Friday, Oct. 5, the UTSA soccer team lost to Florida Atlantic University (FAU). The Roadrunners held a 1-0 lead for most of the game until the FAU Owls scored, tying the game with 30 seconds left in regulation. In the final 35 seconds of the 10 minute overtime, the Owls scored again to secure a 2-1 victory, giving UTSA their third consecutive loss. The ‘Runners looked to bounce back Sunday at home against the Thundering Herd of Marshall University.

On Oct. 7, UTSA and Marshall University both showed defensive prowess. The Roadrunners took a quick shot, but the ball sailed over the goal. Marshall had a series of unsuccessful offensive opportunities. UTSA surged back with offensive opportunities leading into the 13th minute. The game continued and neither team had a clear advantage until UTSA forward Ellis Patterson beat the Marshall goalie and scored on a breakaway goal in the 22nd minute. The Roadrunners and the Thundering Herd continued to grapple for control of the ball until the horn sounded at halftime.

The Roadrunners quickly put the ball in the net to open the second half, but the goal was negated by an offsides penalty. UTSA maintained momentum in the first 10 minutes, but Marshall began to warm up with their only shot of the game.

However, lightning delayed the game for 40 minutes, UTSA midfielder Rebekah Kensing set the tone for the rest of the game in the 76th minute, with a remarkable shot from the corner of the penalty box that nicked the bottom of the crossbar and extended the ‘Runners lead to 2-0.

UTSA kept up the offense until time expired, giving the team their first conference win of the season. Overall, UTSA was in control, holding Marshall to just one shot compared to UTSA’s 12. The Roadrunner defense was so effective that UTSA goalie, Michelle Cole, did not have to make a single save. Lexi Bolton led the team with four shots on her day off the bench, and midfielder Marianne Hernandez picked up a pair herself.

You can see the ‘Runners in action Thursday, Oct. 18, against Old Dominion University at 7 p.m.