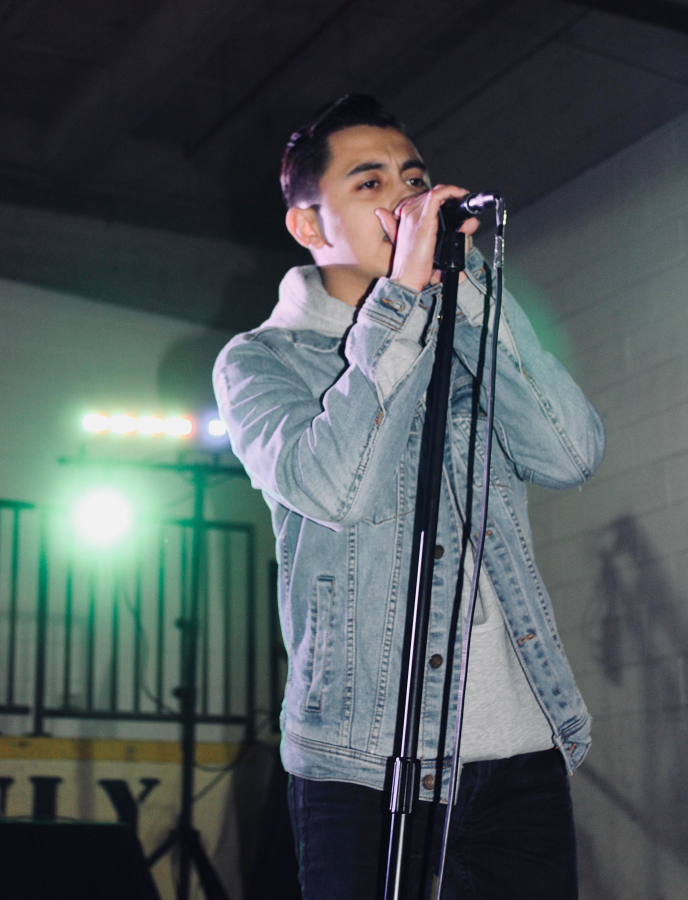 At 21-years-old, Joey Botello has one album “Mad Man,” and two current singles out titled “Hard to Love” and “You Don’t Need Me.” He is a UTSA communication major also minoring in music technology. Back in April, his talent was spotlighted at the UTSA Underground event, which is aimed to give exposure to all of the musical talents here on campus. He was born in Corpus Christi, Texas, and then moved to Robstown, Texas, before settling down in San Antonio, Texas, to earn his degree at UTSA and focus on his music career.
Q: How did you get started?
A: “I started recording when my dad brought home a desktop Mac. It had the free software GarageBand on it which is a great resource for people who are interested in creating their own music. That’s how I recorded my covers and demos of my original songs before I brought them into the studio. While at Texas Tech, I utilized the recording studio to write my first album, which contained songs I wrote when I was 16. I’m proud of the album ‘Mad Man’ because it taught me that I can actually have a future in music. It gave me the confidence I needed to pursue it further.”
Q: How would you describe your music?
A: “My music is a combination of a variety of musical flavors with no holds barred lyricism that deals with subjects varying from love to selfgrowth.”
Q: What is your process for creating your music?
A: “I write, record and produce my own music. I integrate a program called Maschine into a program called Logic Pro X, where I’m able to mix and master my songs into the final product you hear on streaming services. A lot of the initial ideas for songs come very randomly. Sometimes I have a melody that pops into my head and just stays there for about a week until I can finally record it. After recording the initial idea I can then add onto it. I find that I can’t write lyrics until I finish the structure of the song. I focus a lot on structure because I believe structure determines how the audience reacts. There’s almost like a mathematic[al] formula for how a hit song resonates and how it’s absorbed by a listener.”
Q: What inspires your music?
A: “I’m inspired by songwriters such as Max Martin and Rod Temperton, who held the same ideals. But, anything can inspire me. Sometimes if I see someone else succeeding I’m inspired by their journey and it allows me to create off of their energy. Also, sometimes I can find videos of famous artists making their hit songs. They create ‘making of’ videos which allows me to see some of my favorite artist’s creative

process. Of course, raw emotion is a huge contributing factor to what inspires my writing as well.”
Q: What are your goals and plans for the future?
A: “I take my future one song at a time. I spend a lot of my time focusing on making great music. I believe in quality over quantity. I hope to put out more great music and build a social fan base. I also hope to perform live more. It is one of my favorite things and I write my music with live performance in mind. This helps a lot and I love seeing the reactions of the crowd from the stage. It truly is a great high that is super hard to come down from. I hope that taking these steps will allow me to reach as many ears as possible. I hope to sell out stadiums one day. My big goal is to change my life and the lives around me with my music. Being able to do what I love everyday would be a dream come true.” You can listen to his music on all streaming platforms such as Apple Music and Spotify. Support a fellow UTSA student’s up-and-coming music by following him on Instagram and Twitter (@j0eybotello) to stay up-to-date on his journey and new releases.