Letter to the Editor: Tolerating the intolerant 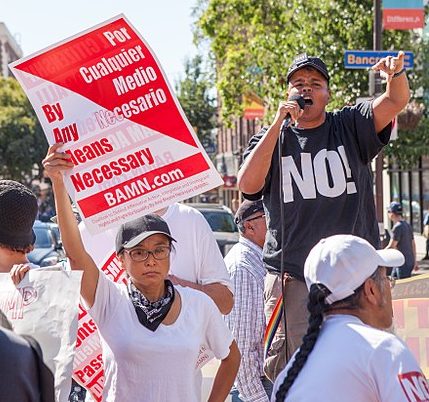 Free speech is an important right on college campuses in America. It’s also the conservatives’ last resort when someone disagrees with them because there are no grounds for their argument.

On Oct. 4, 2018, a right-winged organization known as the Young Americans for Freedom (YAF) began a pro-Kavanaugh protest. YAF had little-to-no evidence in supporting the then Supreme Court nominee who was accused of sexual assault. YAF belittled Dr. Christine Blasey Ford’s credibility as she continues to receive death threats for sharing her story. I was only there for only half an hour counter-protesting, and my observation was that YAF protested only to gain more attention for their organization.

The YAF member decided to hide behind UTSA’s Police Department after the altercation, while UTSA’s Police Department conducted a small investigation and seemingly accounted for the violators side of the story. These events were not directly related to the assault. President Eighmy’s words about the matter were how “free speech mattered” and how the university provides a hotline number. President Eighmy’s response left hundreds of students feeling unsafe because a student organization held a protest that seemed to have little sympathy for rape victims.

There seemed to be no concern for students who felt unsafe walking on campus during Young Americans for Freedom’s protest, there were no actions taken by the police department after a seemingly small investigation about the assault during the protest, and there were no consequences for the organization causing harmful unrest on campus. This is not the only time UTSA has stayed quiet when right-wing propaganda has been posted on campus (considering that this isn’t the first incident). This propaganda has made students fear stepping onto UTSA’s campus.

UTSA PD failed by representing only one side of the story, and UTSA as in institution failed at promoting an “inclusive campus” by tolerating the intolerant (check out the Paradox of Tolerance for those who ask why I cannot stand by those who spread only hate on campus). The Young Americans for Freedom knew that their pro-Kavanaugh protest would be read as hate to sexual assault victims. I only want the students of UTSA to know that the voice of one organization should not have to silence the others. YAF’s free speech should not be at the cost of everyone feeling safe on campus.