The Great War: wear your poppies – lest we forget 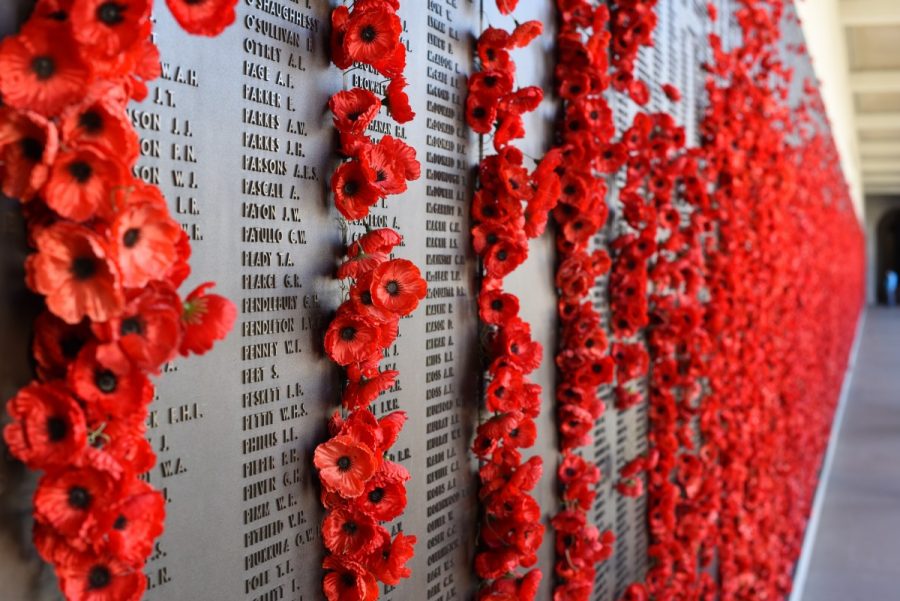 As a history major with a focus on european history, it saddens me deeply to see that the history of World War I is largely overlooked in America when compared to World War II and the Vietnam War. This is not surprising when one looks at the statistics from an American perspective. The war started in 1914 but the United States didn’t enter until 1917. There were over 300,000 French and German soldier casualties at the Battle of Verdun alone, while the U.S. lost around 60,000 troops directly due to the war during our entire involvement; therefore, more French and German soldiers died in the first hour of Verdun than U.S. soldiers in the entire war. Comparably, we lost significantly more men in World War II.

Another reason why Americans of our generation might be quick to overlook the history of the Great War is that we no longer have a living link to the days of 1914. Some of us still have a relative who fought in World War II. For example, both of my grandfathers served in the war. These living links to history make it stronger in people’s minds. They don’t think of some cut-out-of-the-mold G.I. fighting on the beaches of Normandy or Iwo Jima, they picture “Papaw” and “Opa.” But very few, if any, students at UTSA will have had a living relative within their lifetime who served in the Great War, and for this reason the history becomes remote and disconnected.

The Great War was arguably the most impactful war of the 20th century. I, like many historians, feel that the war didn’t truly end on Nov. 11, 1918. Rather, I feel that the active hostilities were ceased for the next 30 years until Europe could resume the fighting. The terms within the Treaty of Versailles were far too one sided and left the Germans with continual means to harbor animosity toward the French and the British. The Great War loomed in the minds of all those who directed the Second World War, with nearly all the high command on both sides fighting in the trenches of the Great War. If one is to truly understand and appreciate the history of World War II, they must first understand and appreciate the history of the Great War.

So for those of you who are now interested in learning about the Great War: start reading. There is a wealth of knowledge at our disposal in the Information Age. Your education can only be as limited as your Wi-Fi signal. Go out and read “In Flanders Fields,” “All Quiet on the Western Front” and “Storm of Steel.” Soak in as much information as you can and honor those who laid so costly a sacrifice on the altar of freedom. The title “Veteran’s Day” was chosen after the Korean War ended to include not only veterans of Korea and World War II, but also veterans of all U.S. wars. Before that change, Nov. 11 was known as Armistice Day and was solely devoted to remembering the Great War. It is unfortunate that with the change of the name so too was the level of remembrance about the Great War. To forget them is to dishonor them. We must learn, lest we forget.