Getting intimate with Eden Collins 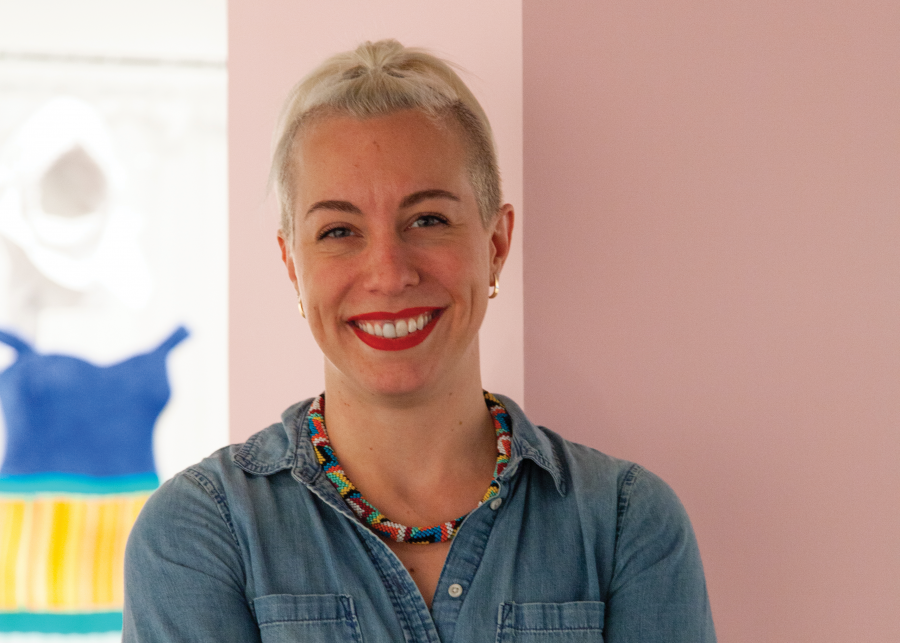 In her studio at the Sculpture and Ceramics Graduate Studio building, Eden Collins sits at her desk which is covered in molds of butt plugs and vibrators for a series in progress. Her studio, filled with works from her recent exhibit, current projects and yards of colorful furry fabrics, reflect how fun and imaginative her work is. Collins is a graduate student at UTSA who teaches 3D Foundations, Sculpture for Non-Majors and Introduction to Art. After recently closing her MFA thesis exhibit “Sometimes I Play With Myself,” Collins is creating new works as she approaches graduation.

As a child, Collins knew she was meant to create. In kindergarten, people always ask what you want to be when you grow up; “I remember going between a ballerina and an artist, but one day someone asked me, and I just said ‘I’m going to be an artist,” Collins remembers. After attending veterinary school for two years, Collins switched to majoring in art for her undergrad. “In all of my math and science classes, I never felt like I could think for myself. Here’s the problem and here’s the solution. But with art it was like, here are all of these problems, now find every way possible to solve it,” Collins said. Entering her major as a sophomore, Collins felt behind compared to her peers who had been studying art throughout their adolescence. However, Collins kept pushing as she was determined to pursue her passion.

To further her education and her art experience, Collins, originally from West Branch MI, moved to San Antonio for a change of pace. “The whole reason I came here is because I wanted to experience a different culture. There’s a stigma about Texas up north, but then I came down here and people were so kind and accepting. People were hugging me and interested in what I was doing,” Collins explained. Having almost completed her time at UTSA, Collins reflects on her experience as a graduate student as “so many feelings all at once. I went from moments of ‘this is incredible, I love it, I’m so happy,’ to ‘I’m a failure, I’m an imposter, I don’t belong here,’” she said. Imposter syndrome is something many creative students experience, but Collins recognized that she was here for a reason; she was accepted at UTSA for a reason.

As an artist, student and educator, Collins sympathizes with those working through some of the most stressful times of their college careers. She advises UTSA art students to “Listen to the feedback. Listen to it and start to develop your own sieve. Figure out what feedback is productive for you and what feedback is useful only so far as to what information it gives you.” She stressed the importance of being open to feedback that you might not agree with, as it is sometimes the most helpful. “The feedback that sometimes stings, or leaves you licking your wounds later, often makes you grow more than the feedback that makes you feel warm and fuzzy,” she said. 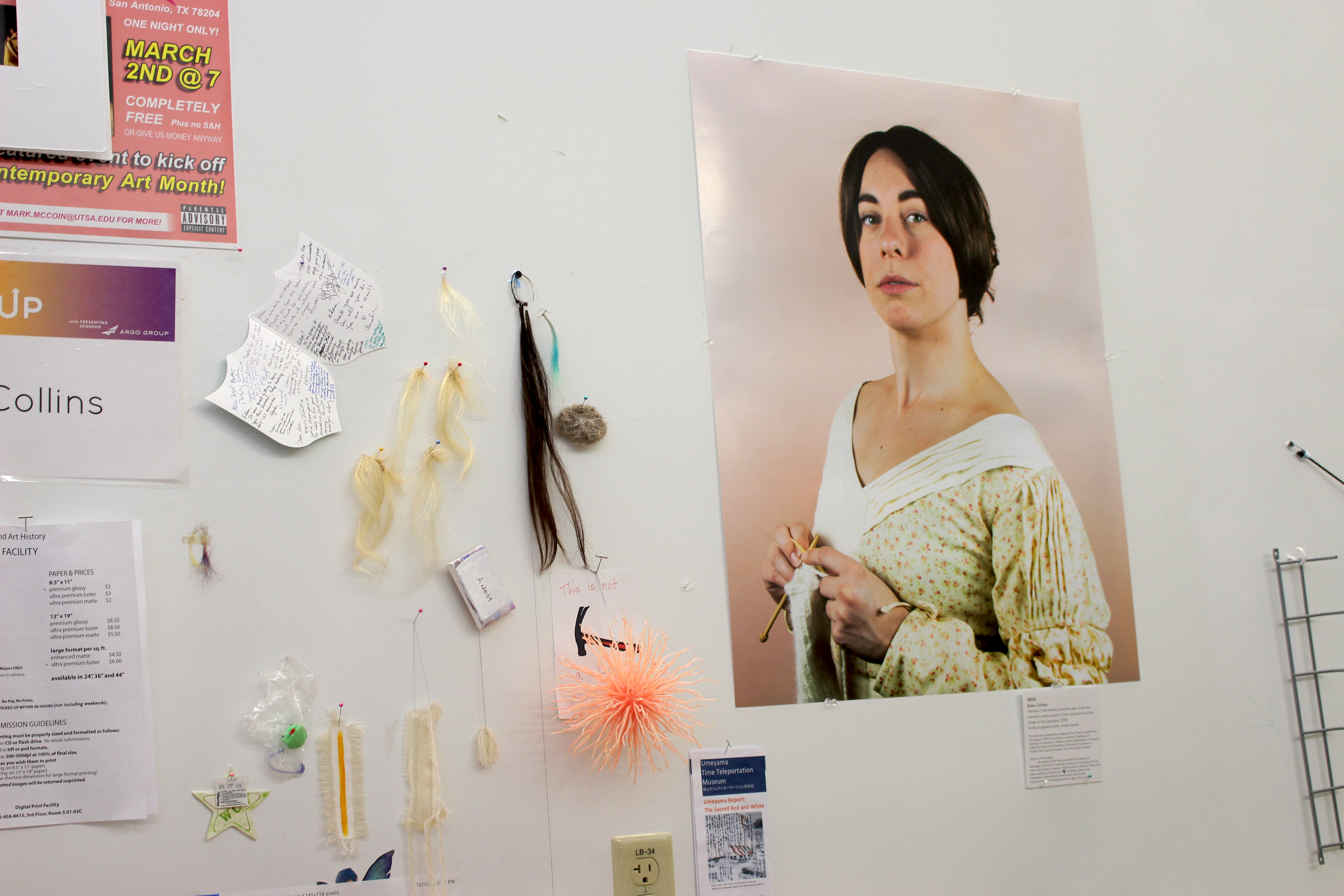 Producing work continuously for classes or for pleasure can be challenging when thinking of new concepts or ideas for these works. As Collins described, art is problem solving, whether it might be a problem that you create or is already present. When in a lull, Collins said she creates a problem for herself, “If I know I want to use this material, I ask myself what is it about this material that is interesting to me and how can I go from there?”

In her MFA thesis “Sometimes I Play With Myself,” Collins featured a set of characters that embody pieces of herself. These characters are not featured in all of her works, but they play a significant role. “If my art was a tree, the characters are one of the larger branches at the bottom, but they are not one of the only branches,” she said. Her works all stem from the same root system, and these characters will continue to grow and develop, eventually making their exit or joining forces with other characters. Currently, Collins is in the process of creating a new character or collection, which will be centered around textures and touch. “They are super touch oriented, and they just want to touch everything. I feel like they embody that part of everyone that wants to touch; as humans, we understand through touch,” she said.

In her work, Collins connects things materially, so the pieces communicate visually with each other and then people start to connect them contextually. When choosing materials for these works, Collins goes visual shopping. “I often will go shopping in stores that I have no intention of buying things from and take visual pictures and stick them somewhere in my subconscious for it to surface later,” she explained. Collins loves walking down the rope and cabinet isles of hardware stores and noticing what things exist that she could potentially use for building her works. “Each idea surfaces when it’s ready,” she said while pulling a roll of glittery purple table vinyl material. “Like this was supposed to be in my thesis, but I wasn’t happy with it. But it’s so delightfully tacky that it will surely make an appearance at some point,” she said. She keeps these unused materials or objects that she finds hung around her studio, so when the time is right, they can strike inspiration.

As Collins makes plans for her future as an artist, she will continue to teach at UTSA next semester. She has loved her experience so far at UTSA and is excited to continue as an educator.  For her performances and future exhibits, information can be found on her Instagram: @edencollins_art.