On Nov. 16, 2016, an electrical fire burned down the beloved San Antonio bar and nightclub The Phantom Room. The building was considered a total loss and despite reopening a year later, the owners decided to shut its doors on Aug. 11, 2018.

There is a new watering hole in its place. Pasadena had Gilley’s, Austin has The White Horse and now San Antonio has the Lonesome Rose. The honky-tonk and backyard officially opened its doors on the St. Mary’s Strip Thursday Nov. 15, and had a three-day grand opening celebration full of libations and live music including DT Buffkin, Mark Weber and even co-owner Garrett T. Capps.

Although the origins of the word are disputed, honky-tonk is the name given to both country music bars and the subgenre of music. These bars are typically found in the southern United States and are popular spots for musicians to showcase their talent. Guitar, fiddle, steel guitar, bass and piano encompass the usual honky-tonk sound. However, accordion and banjo are just a few of the other instruments that can make the musical landscape.

San Antonio musician Garrett T. Capps is co-owner of the Lonesome Rose alongside Danny Delgado who owns Hi-Tones, Faust and Lowcountry. Delgado approached Capps based on his past booking experience for other venues like Paper Tiger. “Basically, my relationship to…the entire alternative country scene has resulted in me being the guy in San Antonio that can book bands because no one from San Antonio is playing this type of music,” Capps explained .

The new establishment has an old sense of familiarity. The plain exterior with simple signage displaying “Lonesome Rose” contrasts the lively and mesmerizing interior. Wood panels line the walls from corner to corner. Patrons are immediately faced with an illuminated Pearl beer clock surrounded by countless photographs of famous faces and local hit-makers. The simple stage resides on the left side of the building with a wooden Native American chief standing guard.

The walls are decorated with vintage neon advertisements for beers like Schlitz, Budweiser, Carta Blanca and Miller High Life collectively buzzing along with the chatter of thirsty patrons. Over at the bar, folks lean over the counter to request their drink of choice. Every kind of liquor imaginable lines the back of the bar and a hefty aluminum tub is home to a seemingly endless supply of ice-cold Lone Star beer. A circa 1960s John Wayne movie played on a TV in the right corner behind the bar while the iconic actor’s larger than life frame consumed the screen and gazed down at the customers. 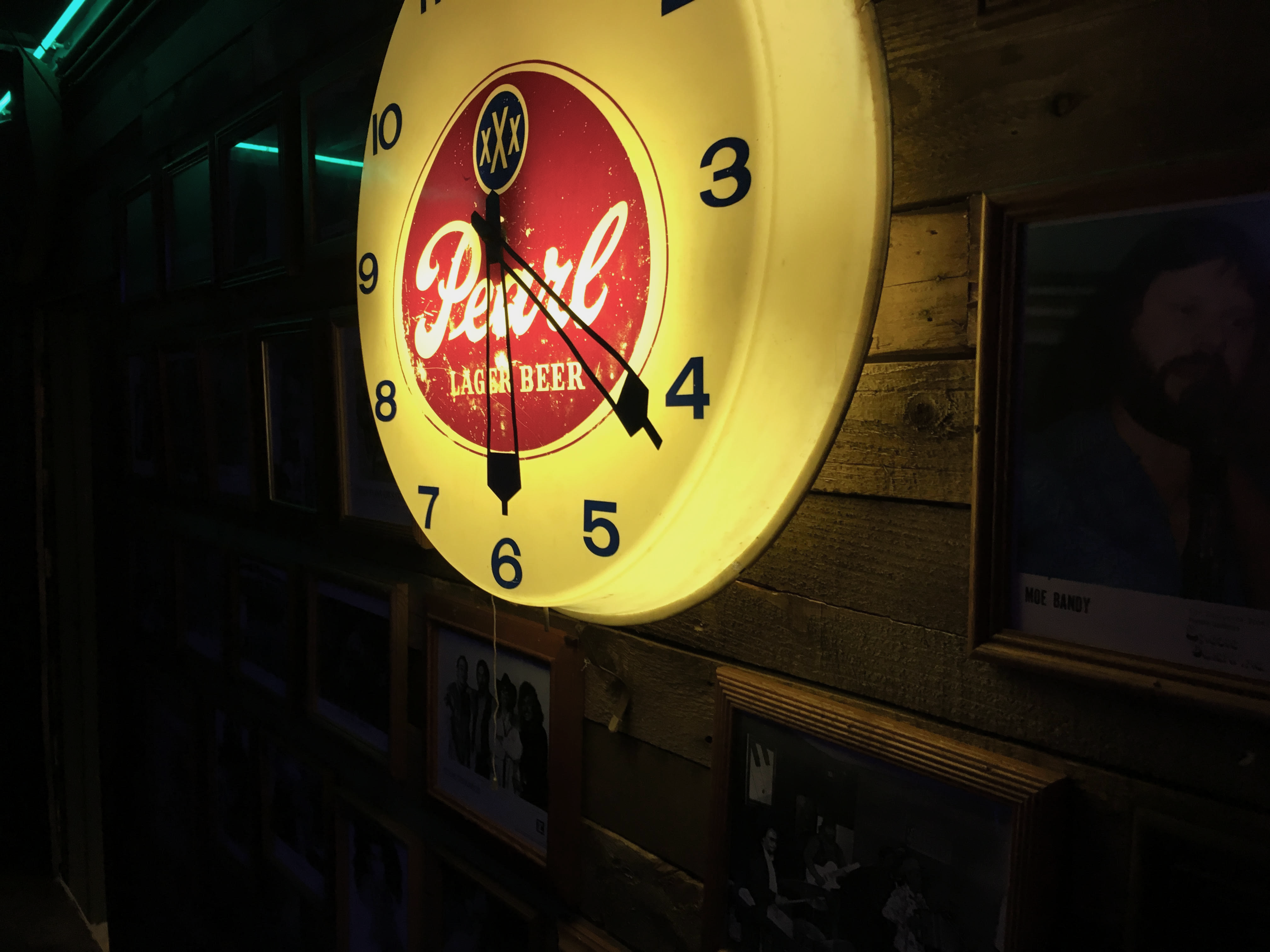 A door on the left side of the building leads to the backyard which houses an outside bar, plenty of seats, a food truck and various artwork including a stone Virgin Mary statue decorated with deer antlers and lights weathered away by years of display.

Back inside is arguably the crown jewel of the entire establishment, the juke box. It contains over 100 songs ranging from classic alternative country greats like Waylon Jennings, George Jones, Loretta Lynn and Willie Nelson to Ramones, Elton John, and Ween. The warm glow of neon illuminates the faces of eager viewers in a soft mix of yellows, purples and reds.

The Lonesome Rose is an extremely important and impactful addition to the San Antonio music scene and overall culture. It is a place of authenticity where if you come as you are, you are welcome.

It’s a meeting place for all sides of San Antonio and it doesn’t matter if you own a cowboy hat or not. Lonesome Rose is only in its first weeks of establishment, yet it already feels familiar. Everyone inside breathes a collective sigh of relief for finally having a place they’ve wanted for so long or never knew they needed.