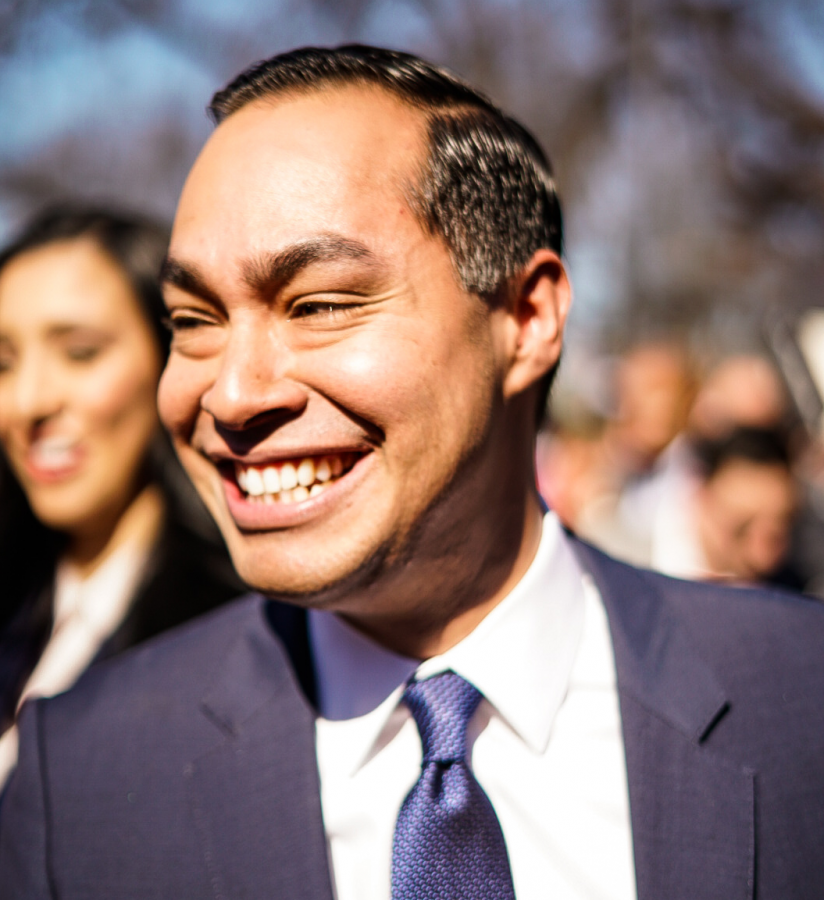 On Jan. 12, hundreds of San Antonio residents gathered in the Guadalupe Plaza to hear Julian Castro announce his presidential bid for the 2020 midterm elections. The former mayor kicked off a campaign that includes a narrative of immigration and lower and middle class workers in hopes of gaining the Democratic vote.

First, there was a familial introduction by his identical twin brother, Congressman Joaquin Castro, and mother, Rosie Castro. The former head of Secretary of Housing and Urban Development Planning formatted his speech by telling a story of the generations of Latino Americans who helped shape his brother and himself into the politicians they are today. He also went on to advocate for other pressing issues in America such as the Black Lives Matter and LGBTQ+ movements. Castro critiqued Donald Trump’s reference to immigrants and plan to build a wall across the U.S. — Mexico Border.

“We say no to building a wall and say yes to building community. We say no to scapegoating immigrants, and yes to dreamers, yes to keeping families together and yes to finally passing comprehensive immigration reform,” Castro said.

After attending Stanford University and Harvard Law, Castro took to his local community by being elected to city council and implementing programs tailored towards the lower and middle class such as Pre-K SA and Cafe College. Being selected to be the secretary of housing by Obama in 2014 helped his rise in the Democratic Party, making him competitive for the upcoming presidential race. Political critics predict that Beto O’Rourke becoming a nominee in the Democratic race would knock him out of the forefront, but Castro remains hopeful.

“Of course, I’d rather be the only Democrat running from Texas,” Castro told CNN. “But I think that we are going to have a crowded primary, we don’t know who is going to run and so everybody is going to have to go and put out their vision and do the hard work of campaigning and reaching voters.”

His event highlighted the importance of Latino culture by having local taco trucks cater the event and by playing everything from mariachi to Selena Quintanilla.

“I am just going to be myself,” stated the newest Democratic nominee. “My focus will be about representing everybody, but of course there is a special significance to the Latino community especially, because many Latinos feel like there is a target on their back from this administration.”