All photos courtesy of the Esperanza Peace & Justice Center

“Otro Mundo Es Posible” is a plática, or talk, focusing on local to national issues such as housing in San Antonio and advocacy for Palestine. The panel consists of local advocacy group and community organization representatives Nadine Saliba, Carolina Canizales, Amy Kastely and Alex Birnel. Together, the four representatives are striving for awareness and discussion surrounding political policies during recent and current presidential administration and their impact on marginalized groups at the local, state and national level.

Yaneth Flores, Cultural Organizer at the Esperanza Peace & Justice Center said, “The connection between these issues is in the racist and xenophobic policies and actions of the nation-state, affecting every aspect of our lives. Today’s struggles are the aftermath of decades of U.S. imperialism and systemic oppression, and we hope to discuss this in a conversation about how we can work to create positive, radical change in our community.”

Saliba writes for the center’s monthly newsletter, La Voz de Esperanza, and is an advocate for the plight of Arabs. She’s building bridges through cultural understanding between Americans and Arab Americans.

Canizales is a 2012 UTSA alumna pursuing her master’s in public administration through the university’s program. Fluent in Spanish, Canizales is the Texas Campaigns Strategist at the Immigrant Legal Resource Center. She led United We Dream’s Deportation Defense Program between 2012 and 2016. According to Esperanza Center’s website, she “trained and empowered local communities to defend their rights, stop unjust deportations and challenged ongoing collaboration between local police and Immigration Customs Enforcement (ICE).” 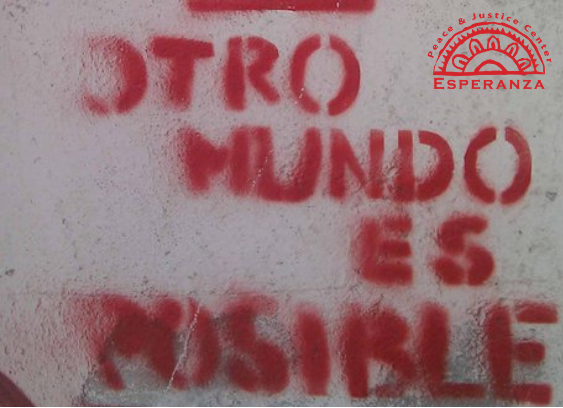 Kastely is a member of the Texas and New Mexico bars and recently retired from her position as a professor of law at St. Mary’s University. According to the center’s website, she “served as lead counsel in Esperanza et al. v. City of San Antonio, the first case recognizing the importance of cultural rights in public arts funding.” She also served as the center’s representative against racial bias in San Antonio’s historic preservation, accountability for government officials’ democratic values and preservation of the Edward’s Aquifer.

The Esperanza Peace & Justice Center has continuously provided opportunity, experience and understanding to the San Antonio community as a means to “create alliances” according to the website. Flores continued, “We hope to create a space for all those who need it, teaching and learning from each other, and advocating for the rights of our community. Folks can support the Esperanza by showing up to our events and sharing Esperanza with others.”