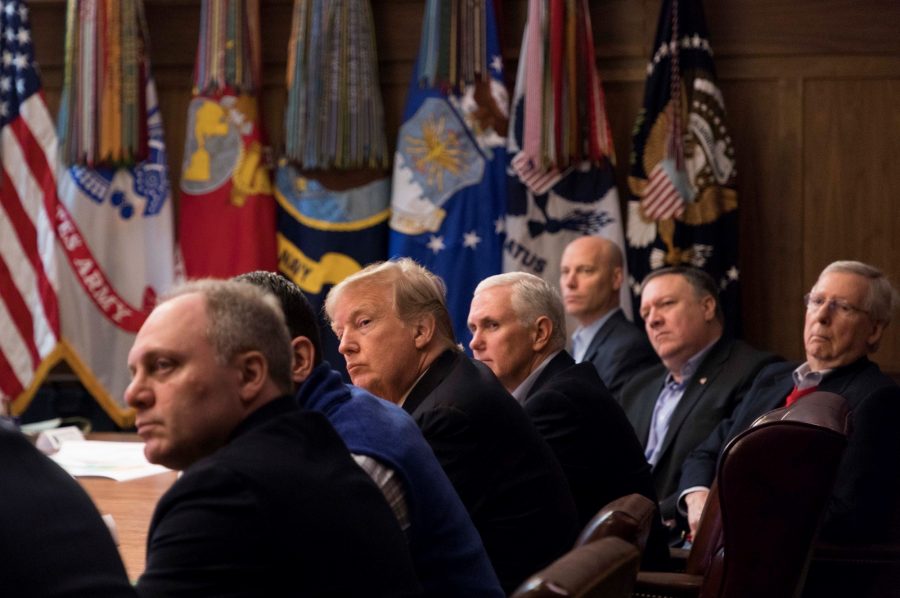 On midnight, Dec. 22, 2018 EST, the government was shut down for the second time in 2018. This shutdown has continued forward into 2019, and is now the longest government shutdown in U.S. history.

The main issue of this shutdown has been President Trump’s demand for $5.7 billion dollars to build a border wall.

Trump, in his attempt to deliver upon the promise he made to build a wall in his 2016 presidential campaign, called for Congress to add $5.7 billion dollars in the budget for a border wall along the U.S.-Mexican border.

Congress has not budged, and the president has promised not to pass any budgetary bill that does not include money for the wall. Trump tweeted on Jan. 10,  in regards to the current partisan split on the wall:

“There is GREAT unity with the Republicans in the House and Senate, despite the Fake News Media working in overdrive to make the story look otherwise. The Opposition Party & the Dems know we must have Strong Border Security, but don’t want to give “Trump” another one of many wins!”

There has been an attempt to end the shutdown, with the Democrat-controlled House passing a budgetary bill sans wall money. However, the Republican controlled Senate will not pass the bill due to Trump’s threat to veto any bill that does not have money for the wall.

This shutdown has far reaching effects. Government workers are currently not being paid, leaving hundreds of thousands of people without a source of income. This past Friday marked the first time that government workers went without a check.

However, UTSA students do not have to worry about their federal loans or grants being delayed for the 2018-2019 school year.

In an article posted by Christi Fish on UTSA Today, “Federal student aid programs are forward-funded, putting most of the dollars for (2018-2019) awards in place. Direct loans and the Pell Grant program will also continue to operate.” However, veterans and researchers will not be able to reach government staff for assistance. Everything else should function normally, with no real adverse effects on UTSA students, veterans or researchers for the time being.

Students are currently divided on the issue of the current shutdown. Pedro Castro, a radio television and film major at UT said, “Build the wall or not. Shutting down the government just f***** over all government employees, average Americans and they will end up not being able to pay rent and other necessities because they won’t be receiving their paychecks. Border security can be debated without ‘holding the American people hostage’ just because a talking Cheeto wants a wall.”

However, there are students who are in favor of the shutdown to bring about border security. A communication major, Alexander Owen, said, “The wall is worth the shutdown because it will make America safer by decreasing drugs and illegal immigrants making it into our country.”