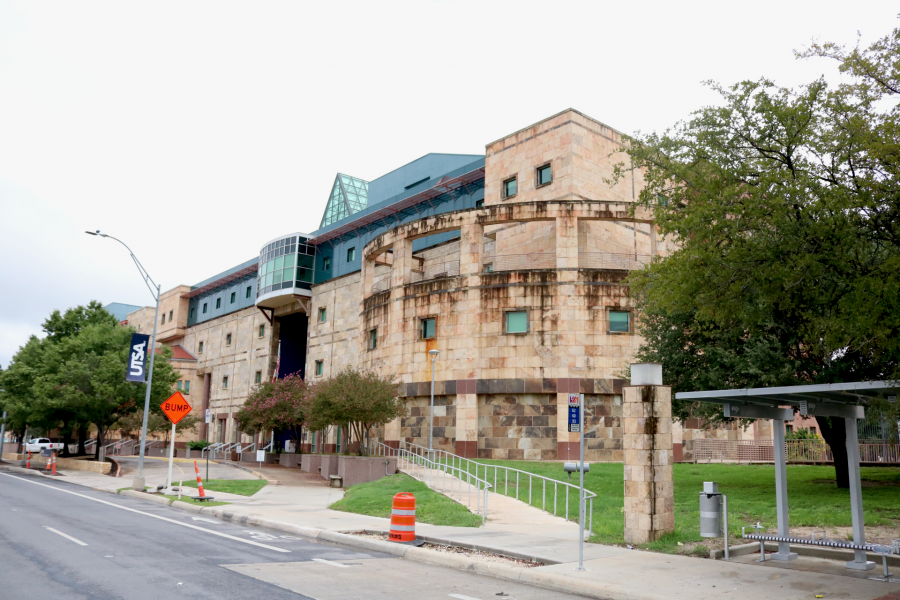 Eighmy plans for expansion at the Downtown Campus. Ellyson Ortega / The Paisano

The strategic initiative that Eighmy would like to highlight for students is the Classroom to Career initiative. Kimberly Andrews Espy, provost and vice president for academic affairs, leads this initiative which promotes learning outside of the classroom.

“I am a huge believer in the impact of experiential learning — it transformed my own college experience and so I know the value first hand,” Eighmy said. “Our goal is to have 75 percent of all UTSA students participate in some kind of learning opportunity outside the classroom by the time they graduate.”

Eighmy hopes to make the most of UTSA’s 50th anniversary celebrations and will launch UTSA’s next capital campaign, which seeks a 500 million dollar endowment and R1 Carnegie classification by this September. Eighmy will also be working with lawmakers in Austin during the spring and winter to make a case for UTSA’s funding.

“It’s a short and intense legislative season that comes once a biennium, so we’ll have lots of work to do to be sure we’re making a good case for our funding priorities,” Eighmy said.

In addition to focusing on the classroom to career initiative, launching a capital campaign and advocating for UTSA’s funding, plans for campus expansion will also be underway in 2019.

“On the Main Campus, we have two new residence halls in the works—one specifically for freshmen and one for Honors students,” Eighmy said. “We’re also building a new mini-neighborhood adjacent to UTSA Boulevard called Roadrunner Village. It will have housing, dining and shopping, really adding to the sense of vibrant residential life on campus.”

UTSA also plans on working on the Roadrunner Athletics Center of Excellence, adding a center to house student success programs and also expanding the Downtown Campus.

Expansion at the Downtown Campus will include building a new residence building on Cattleman’s Square, building a new headquarters for the college of business and working on two projects.

“We’ve also got our new School of Data Science and National Security Collaboration Center in the works — two projects that will really put San Antonio on the map as the nation’s top producer of workforce talent and R&D for the data analytics, business intelligence and cybersecurity industries,” Eighmy said.

According to Eighmy, challenges he and the university face involve political and cultural divides as well as ensuring that UTSA is affordable.

“Preventing sexual violence, reinforcing a culture of inclusivity and providing students with tools for civil discourse are all top priorities for UTSA this year,” Eighmy said. “Ensuring that UTSA remains affordable is another challenge that is always top-of-mind for me.”

“We’ve made a lot of strides over the past year. The rapid improvements we’re seeing in UTSA retention and graduation rates are remarkable and of a scale rarely seen at public universities,” Eighmy said.