Capturing the good, the bad and the truth 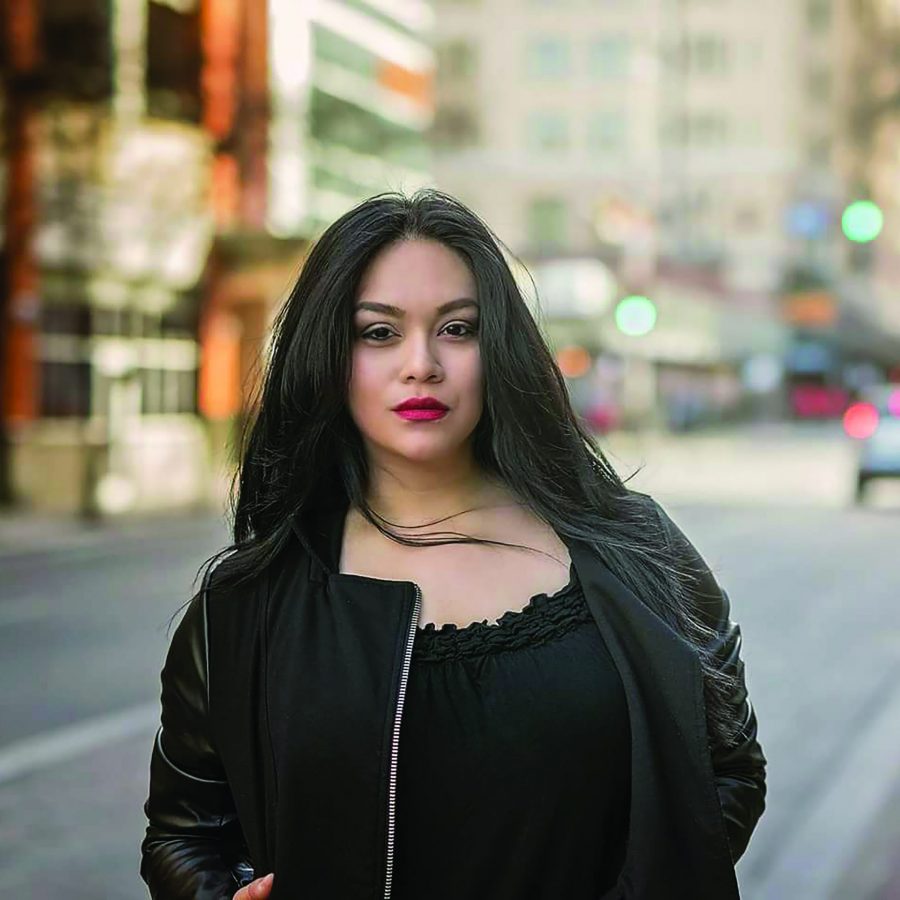 Brenda Pina stands on the other side of the lens. Photo courtesy of Joey Satanas

Brenda Pina, 30, is a photographer for San Antonio Magazine and was invited to speak at one of DreamWeek’s DreamHour Speaker Series. “You make [art] for yourself until you decide to share it with the world… You have to be happy with yourself to put yourself out there,” Pina said referring to using photography as a means to cope with depression. Those who are battling depression are able to read her message: You are not alone.

Pina’s mother works at the San Antonio Museum of Art and has worked there since Pina was in the second grade. During the summer, her mother needed someplace for her daughter to stay since she could not watch over her. Pina then decided to take photography and film classes at St. Philip’s College at the young age of eight – a time in which most children were playing the Nintendo 64. She then began to fall in love with the art of developing and processing her own film.

After being diagnosed with chronic depression, she decided to turn to her art. It was through art that she learned acceptance.

In a portfolio titled “Depression,” Pina shares her battle through a series of self-portraits. The beauty that exists within her self-portraits comes from the raw nature of the photos, and the ability they have to pull the viewer in and feel her anguish. She has invited the viewer to step inside her life by allowing herself to open up before the camera. Pina’s use of long-exposure allows for more fluidity and motion within the images exemplifying her depression is not still, it’s evermoving and changing.

“With chronic depression you still have to fight in the morning to get up and go through the days,” Pina said. She uses her art as a form of therapy and expression of the emotions she constantly feels bombarded with. In this way, she is fighting her depression through her art daily.

Pina was not always confident in her art. In fact she was frightened that people criticize her when she decided to showcase her most vulnerable moments. “You put all your emotional, physical and mental health into this art,” Pina said.

She credits her improvement to her professors at the Academy of Art University since they pushed her to step outside her comfort zone, allowing for her to develop thick skin.

Moreover, her passion for helping others was a motivator. Pina first decided to share her craft back in 2016 and believes that it will reach those who still stay silent about their mental health. Today, people often stigmatize depression and its implications for those who it affects. Pina decided to speak out against that stigma by making her voice heard for those who do and do not want to hear it alike.

Brenda assures that it is okay to not be okay. She continues to spread her message in her current project involving Post-it notes. Pina writes Post-its and sticks them around the city as a way to help passersby march onward when they lack motivation to do so. She sets these notes around the city in places such as the mirror in a public bathroom or on the VIA bus on a ride home from work.

The most impactful thing she sees in doing this occurs when strangers reply to the notes with, “Thank you, I really needed this.” To Pina, that makes all the difference.

You can find her work at http://www.bpina.com/portfolio/depression.